This site uses cookies. By continuing to use this site you consent to our use of cookies. more info | ok
british special forces » articles » The Regiment by Michael Asher » q+a
▼ share this page

Q+A With Michael Asher - Author Of 'The Regiment

1. Do you have a favourite SAS hero and why? 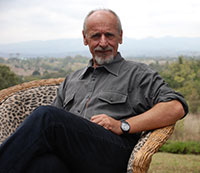 I have several heroes, but I think the man who most deserves the title 'Mr SAS' is Johnny Cooper, the youngest of the Originals, whose service in the Regiment spanned almost 20 years, and who started as a Parachutist and left the army a lieutenant-colonel.

The Regiment has always been a unit of enlisted men rather than officers, and Cooper most embodies for me the confidence, initiative, and endurance of the special forces soldier. I don't feel he every really got his due: he should have been CO or at least 2i/c of 22 SAS , but was forced to leave in 1960, after which he resurfaced first as an officer in the Trucial Oman Scouts, then running ex-SAS mercenaries in the Yemen Civil War. Cooper was irrepressible: a man who loved soldiering and never gave up. He's one of the main characters in my book.

My hero of the 'modern' SAS is Peter Ratcliffe, another man who began as a private and retired a major. Ratcliffe was RSM, 22 SAS, an almost sacred post in any Regiment, and displayed remarkable courage, initiative, integrity, modesty and humour during his long service with the Regiment. He was awarded the DCM for his raid on Victor 2 during the Gulf War. I think his book, EYE OF THE STORM

is one of the best memoirs ever written on the modern SAS.

2. While you were in the army were you ever captured and interrogated?

I was captured and interrogated only during my escape and evasion/resistance to interrogation training, when I was hunted by a battalion of Gurkhas with tracker dogs. The whole thing was 'played for real' including being interrogated by men wearing foreign army uniforms. Despite knowing it was false, it was scary because if you let out one word more than the required name rank and number, you failed and there was no second chance. Four people failed on my course, having come all the way through Selection! Other than that, the only time I came near to capture was during a fight with paramilitaries in Belfast, during the troubles. Luckily I managed to get away.

3. Did you ever think your time had come on a mission?

Several times. The worst was in Armagh, when 11 of my mates were killed in radio-controlled explosions. On one occasion we were sent to retrieve the bodies, and our vehicle hit a pothole in the road. There was a tremendous bang and for a split second we thought we'd hit a mine and were dead.

4. Are they the best special forces in the world ?

Yes - just look at their record. There's no unit to equal the SAS for economy of force. The US Delta Force has many more resources, yet it has never scored a significant success. This is because of the US philosophy that the machine is more important than the man. Technology doesn't make good soldiers: but in the right hands almost anything can become a deadly weapon. Special Forces is a supremely British thing because it requires individualism. Americans talk a lot about this, but as Noam Chomsky said, they are actually very conformist in their mental attitudes. If you don't believe this, read 'Charging Charlie' Beckwith's account: He was a US Special Forces officer before being attached to 22 SAS, and he found himself in what he called 'a completely different world.' It took Beckwith years to persuade the US army to create a force like the SAS

5. You were in the SAS yourself for some while and this must have given you great insight for the writing of your new book The Regiment?

Many people have written about the SAS but you can't get it right unless you've served in the Regiment. The problem is that authors who've never been in the unit approach it from a hagiographic point of view - as if they're talking about mythical heroes like Hercules or Achilles. If you've been in the Regiment you know that SAS-men are human beings like everyone else: they're damned good at what they do, but they can also make mistakes and cock-ups. They're real human beings not video-game images. I've never confused history with hagiography, and that's why I call my book 'the REAL story of the SAS.' If people want supermen or video-game images they won't find them in my book.

6. After leaving the Army you became a full time writer and also a desert traveller. How have your army influences and travel influenced you?

I'm happy that I served in the Paras and the SAS because it completely changed my perspective about myself. I came from a small rural town, and the army was something of a shock, but after passing selection - 1 in 4 for the Paras, 1 in 10 for the SAS, I felt I could do anything, endure anything. Without that behind me I doubt very much if I'd have been able to go and live with a traditional Bedouin tribe in the desert as one of them, for several years, without any of the comforts of modern life. Their way of life was the hardest thing I've ever seen - right on the edge of survival. Without SAS experience, I'd never have been able to endure it. Again, people always tend to think it's a physical thing, but it isn't - the nomads' way of life, like the SAS 'way of life', is much more to do with mental toughness than big biceps. That's easily proved: my wife Mariantonietta is five foot nothing, and has never been in the SAS, and yet she crossed 4500 miles of desert on foot and with camels, becoming the first woman ever to cross the Sahara from west to east. Toughness is all in the mind. When I was on the SAS Training Wing, supervising Selection, you used to see these huge great guys, some ex-marines and so on, who couldn't even make the first RV, while there were little 'grey men' you wouldn't have looked at twice, who left everyone else standing. By coincidence, my 'mentor' in desert lore, Wilfred Thesiger, had served in 1 SAS Regiment during the war.

Certainly, my experiences in the desert helped a great deal when I was writing about the origins of the SAS in North Africa in 1941 - I have visited almost all of the places I write about in THE REGIMENT, with the exceptions of Borneo and the Falkland islands.

7. Your descriptions of SAS activities in Borneo, Oman, Aden and Malaya are vivid and wonderfully convey the problems of operating in these territories. Have you first hand experience of these zones?

As I said above, I've been in most of the places I write about in THE REGIMENT, not necessarily with the SAS, but in one capacity or another. I did my jungle training in Malaysia, for instance, and I've spent years in the desert. I presented a Channel 4 documentary on the famous Bravo Two Zero patrol in the Iraqi desert, retracing their journeys on foot, so I came to know that area quite well. Traditionally historians stayed at home and wrote, but I've always believed that you can never get the feel of what happened unless you've been in the places where the events took place. It's impossible to understand the kind of pressures soldiers are under unless you've been there. Again, people who haven't, always think that war is about fighting the enemy, but for the SAS it's often equally about surviving in appalling conditions as well as fighting the enemy. That's why I say it's not like a video-game. In SAS close target reconnaissance missions, for example, you might have to lie where you are for days on end in freezing cold, humid rainforest, or blazing heat. Many people only see the romantic side, and don't realise that this is what the SAS is really about.

8. Do you think the army life of an SAS soldier today is very different from that of the men in David Stirling's small detachment in the war?

I think the mentality is different in one way: then it was total war, and men felt they were fighting for something very worthwhile. Today, SAS men are professionals, who aren't fighting for their country necessarily. Obviously, too, the world has changed since the 1940s. The SAS Originals were brought up in much harder conditions and had very different expectations. I was talking to a British army sergeant instructor not long ago, and he said they had problems with recruits bursting into tears, and said many couldn't wear boots because they'd spent their whole lives wearing trainers (this is not the SAS I'm talking about here).

Kids today play video games and have less contact with the environment - and there's much less environment to have contact with. They don't really expect 'hardship' to be part of their lives, which the Original SAS men did. Having said that, though, I think there are still plenty of people around who have the right outlook to make excellent SAS soldiers - maybe it's just harder initially. As long as the Regiment manages to stay flexible and not to specify a particular 'SAS type' I think it will continue to be relevant.

In history all military elites have eventually become calcified and outdated. We have to remember that the Special Air Service only became possible because of technological innovations - the aircraft, the parachute, more efficient light weapons, radio communications. Having said this, though, the whole principle of the SAS has always been its flexibility - the fact that it was never tied down to one particular role or modus operandi.

The big question is whether the Regiment can continue to adjust to new conditions: if it can, then it will continue to play a crucial role. One area of concern is selection - 'the man is the Regiment and the Regiment is the man' as Stirling said. There has been talk at various times about an 'SAS type', which history shows doesn't exist. Some SAS men have been 16 stone giants like Paddy Mayne, others 'weedy' characters who looked as if they couldn't knock the skin of a rice pudding. Some SAS men are aggressive by nature, others laid back.

There have been some indications recently that selection has become more 'subjective': when an elite is chosen on a 'PLU' (people-like-us) basis, whether social, physical or on any other criteria, then in terms of efficiency it is finished. Selection has to remain 'objective' or the Regiment is done for.