This site uses cookies. By continuing to use this site you consent to our use of cookies. more info | ok
british special forces » eod » fdu
▼ share this page

The mine clearance divers (MCD) and mine clearance diving officers (MCDO) of the Fleet Diving Group (RN FDG), Fleet Diving Squadron (FDS), are an elite cadre of frogmen who provide Explosive Ordnance Demolition (EOD) support to the Special Forces and Royal Marines. They detect and neutralise mines and improvised explosive devices (IEDs) in the water and on land.

The Fleet Diving Group deploys divers around the world, as needed. It is based at Fleet Diving Squadron Headquarters, Horsea Island, Portsmouth. The group consists of 3 Fleet Diving Units (FDU), each led by a Royal Navy Lieutenant. 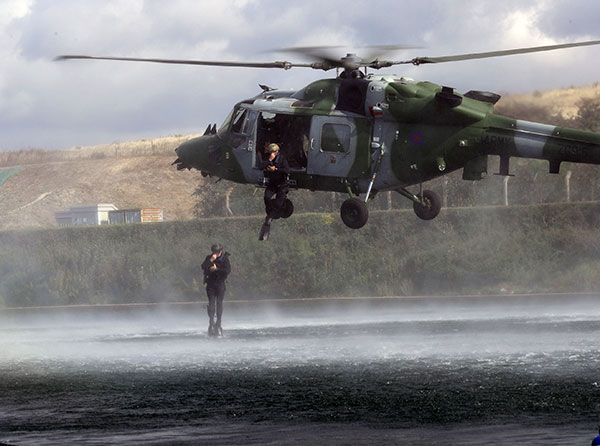 The role includes Assault Improvised Explosive Device Disposal (AIEDD). The focus of AIEDD is to maintain the momentum of a CT operation by rapidly marking / clearing any IEDs out of the path of the assault force. Assault IED Operators may need to disarm explosives denying access to structures and routes or devices attached to hostages.

FDU1 divers train for MCT operations on oil rigs, ships (both underway and in port), as well as on land. They are trained in various insertion techniques such as insertion by small boat, via submarine and by parachute (including HALO, HAHO and tandem).

Specialists from FDU1 also support the SBS by providing training and operational support for submarine-related activities. This support includes the provision of casing divers to assist in the use of the Special Forces Payload Bay, a dry deck shelter that attaches to Astute class subs and is used to launch and recover SBS frogmen and swimmer delivery vehicles (SDV).

Their role includes carrying out beach reconnaissance ahead of 3 Commando Brigade amphibious landings. Following a covert over-the-horizon transit via small boat, FDU2 divers slip into the water and infiltrate into the target area, operating into the shallow waters, up to the surf zone. Such beace recces are likely to be carried out in conjunction with 539 Assault Squadron Reconnaissance Team (SRT).

FDU2 divers use unmanned underwater vehicles (UUV) to check the boat lanes leading to the proposed landing site for mines. If required, FDU2 divers may leave the surf and sweep the beach itself for mines. Any detected mines may be wired for demolition to be detonated just ahead of the incoming landing force. 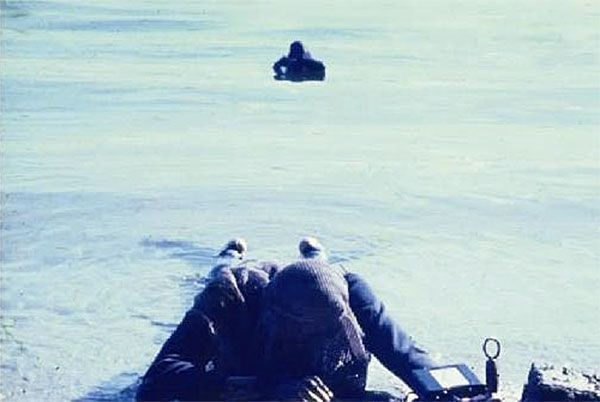 FDU2 are also trained to carry out searches for IEDs placed on port infrastructure and close to, in and under ships. 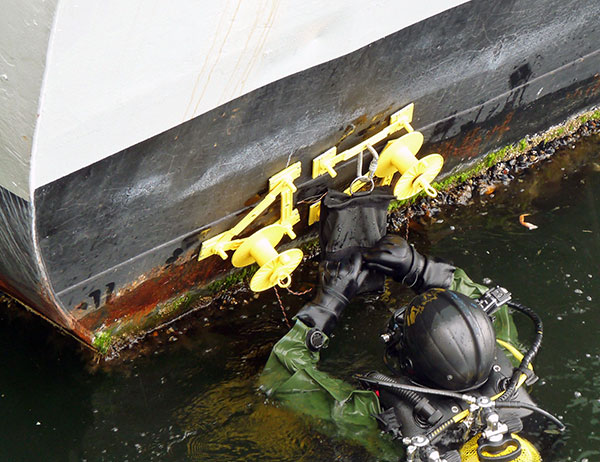 A diver with FDU2 deals with a simulated IED during training at a harbour in Canada.
image: Ministry Of Defence Crown Copyright 2015

Fleet Diving Group 3 (FDU3) operate mainly in the mine investigation exploration (MIE) and underwater force protection (UWFO) role. They are trained to check for mines in ports, including under ship's hulls and in deep waters. Their role is not limited to the maritime environment. Clearance divers from FDU3 have seen action in land-locked Afghanistan, embedding with Royal Engineer Field Squadrons to clear out IEDs and mines in support of Operation Herrick.

FDU3 also carries out battle damage assessment and repair (BDA/BDR) operations across the fleet. This role may include supporting post MCT assault operations. 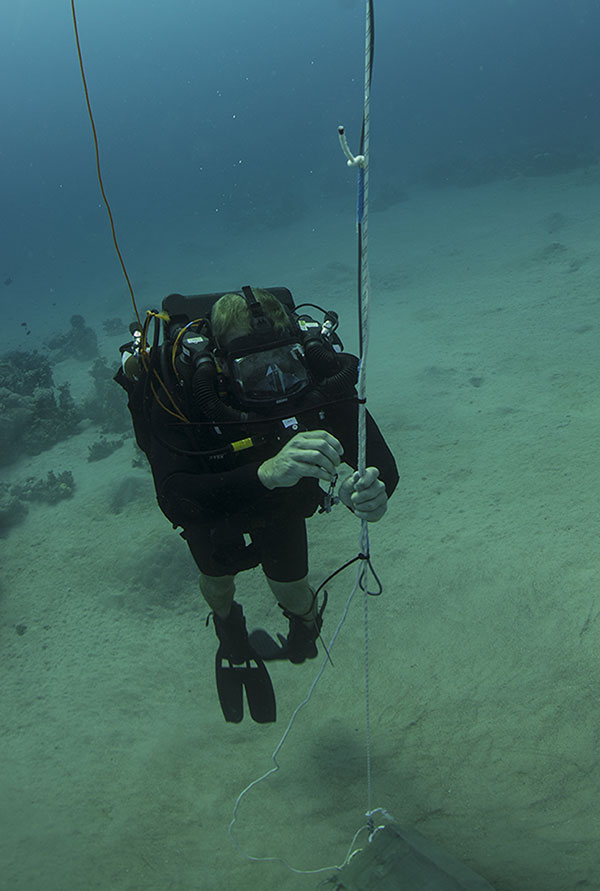 Fleet Diving Unit divers are equipped with the Stealth CDLSE (Clearance Divers Life Support Equipment) diving sets manufactured by Divex. These are closed circuit, electronically-controlled mixed-gas rebreathers which can use oxygen for dives down to 200 feet and a heliox/trimix mix for dives down to 390 feet. The CDLSE set is made from non-magnetic materials - an important feature for mine clearance divers. The CDLSE goes over a Northern-Diver-made dry suit made from neoprene with non-magnetic zips and inflation valves. 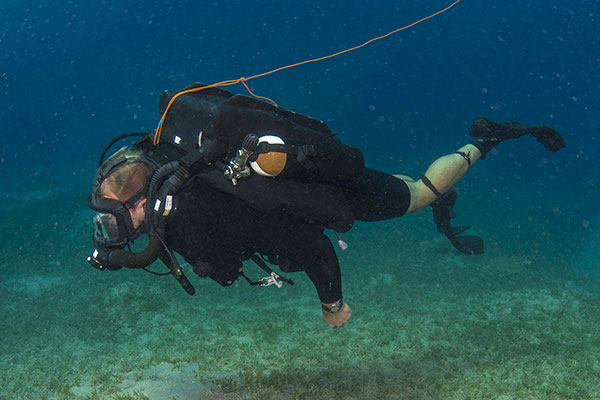