This site uses cookies. By continuing to use this site you consent to our use of cookies. more info | ok
british special forces » weapons » gpmg
▼ share this page

The L7A2 GPMG, or 'GIMPY', is a 7.62x61mm belt-fed general purpose machine gun. The GPMG has been in service with the British military for decades.

The GPMG can be carried by foot soldiers (one per section) and employed as a light machine gun (LMG). For a time, the GPMG was phased out in this role in favour of the L110 Light Machine Gun and/or the L86 Light Support Weapon (LSW). Since 2019, however, the GPMG regained its place as the section's LMG.

The GPMG can also be mounted on vehicles, helicopter, boats and in fixed positions. When mounted on a tripod, the GPMG may be used in 'sustained fire' (SF) mode. In SF mode, the GPMG, with a 2-man crew, lays down 200 rounds-per-minute at ranges up to 1800 meters and, when fitted with a C2 sight, can engage targets not in direct line of sight. The 'beaten zone' suppressed by multiple GPMGs is phenomenal.

UKSF, Paras and Royal Marines put the GPMG on their WMIK Land Rovers and Jackal vehicles.. The SAS have been known to have up to 3 GPMGs mounted on one vehicle. 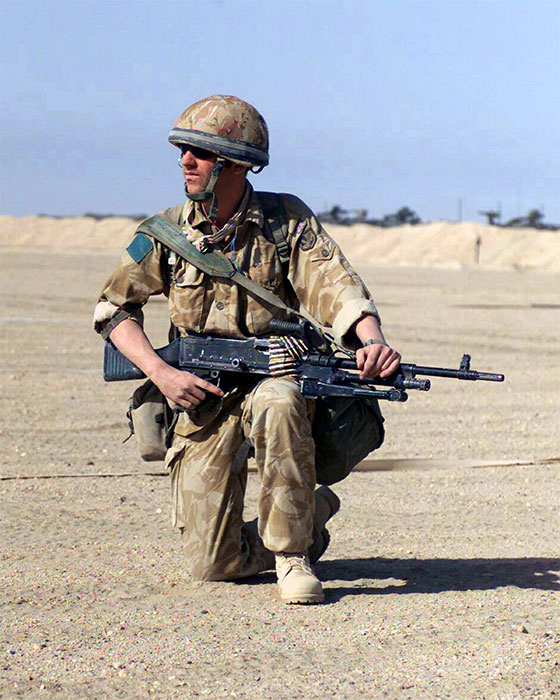 A 3 PARA soldier armed with GPMG configured for personal carry - the bipod is folded beneath the barrel. There are typically one GPMGs carried per infantry section.
U.S. DoD photo 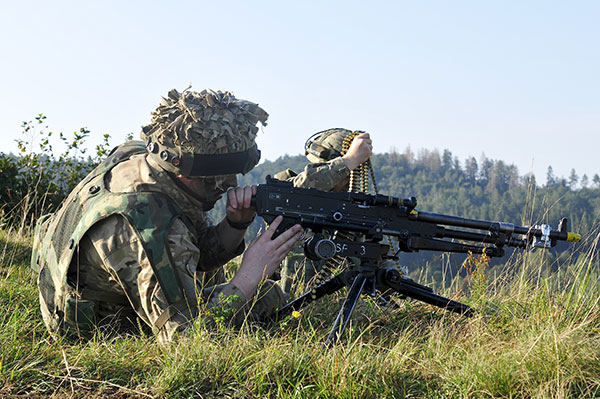 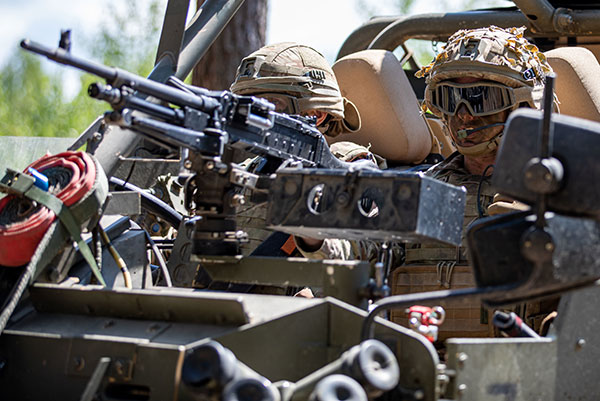 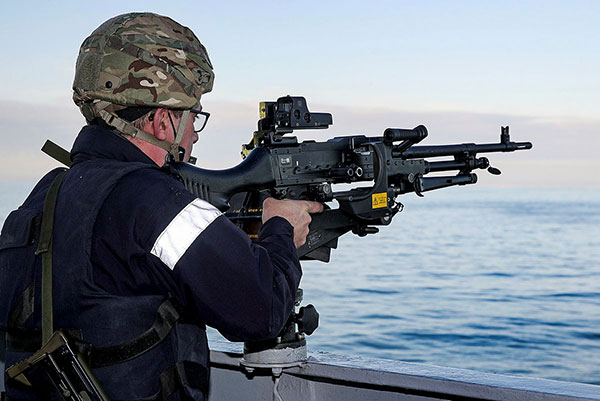