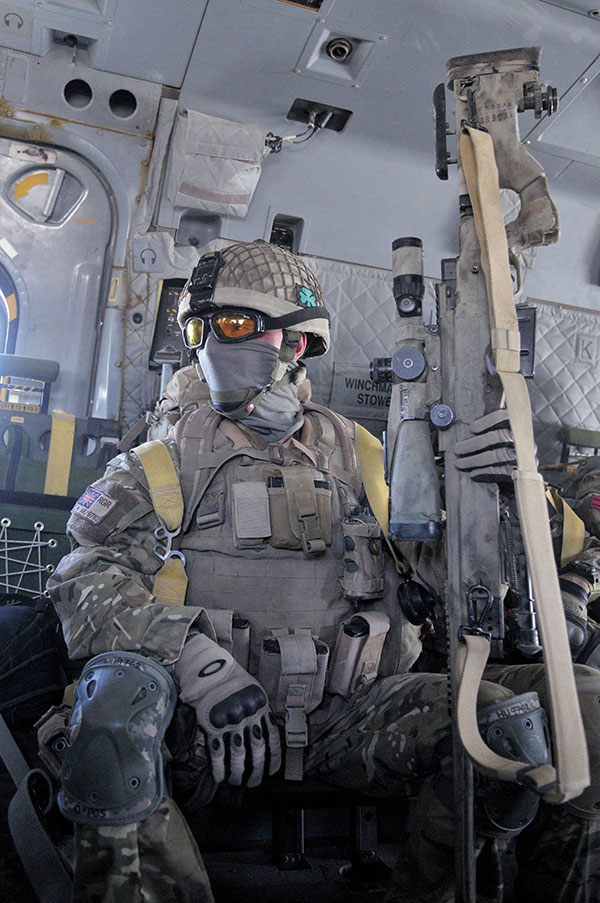 A sniper with the The Royal Irish Regiment (R IRISH) pictured aboard a Merlin helicopter flying over Helmand Province, Afghanistan, 2010. Elements of R IRISH were deployed on Herrick 13 as part of 16 Air Assault Brigade.

This sniper is armed with a L115A3 Long Range Rifle, a bolt-action weapon chambered in .338 Lapua Magnum. It is now the standard sniper weapon of the British military. note: as is standard operating procedure, the L115A3's muzzle is kept pointing downwards when aboard a helicopter. This is so if there is a negligent discharge of the weapon, it wont hit the rotor blades or engine.

Snipers carry out battle-field intelligence gathering operations as well as taking out key enemy personnel. They work in 2-man teams with the capability to deploy out on their own or in close support of infantry units. In Afghanistan, their ability to hit targets out beyond 1 kilometer was a god-send during engagements with Taliban forces that were out of the effective range of SA80 rifles (300 meters).