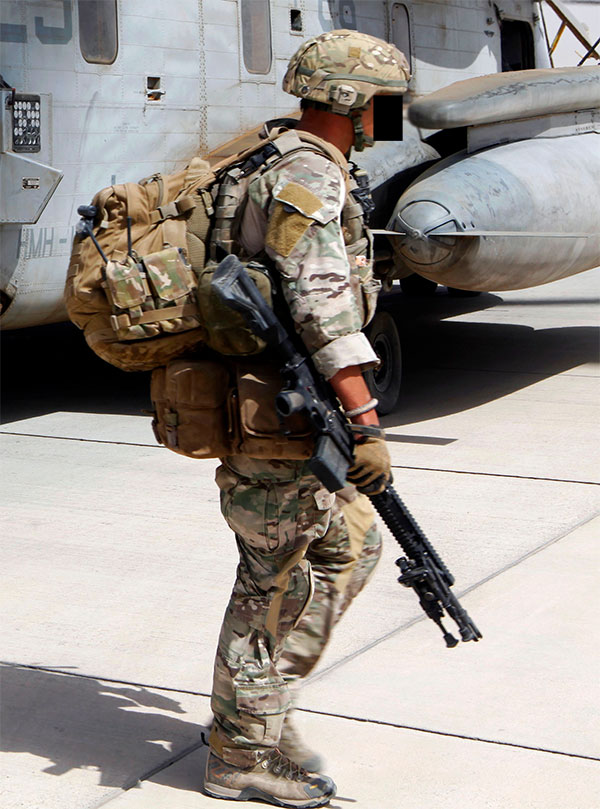 The SFSG soldier is wearing Crye MultiCam uniform and is armed with a HK417 7.62x51mm rifle.

The marksman's role is to put down accurate fire on targets out to around 800 to 1000 meters. In contrast to a sniper, a marksman typically operates as an integrated member of an infantry team.

The HK417 is the default marksman's rifle used by United Kingdom Special Forces (UKSF) & the SFSG. The wider British Army, Royal Marines and RAF Regiment however, use the L129A1 Sharpshooter.