This site uses cookies. By continuing to use this site you consent to our use of cookies. more info | ok
british special forces » news » 42 commando seize oil tanker
▼ share this page

Royal Marines from 42 Commando have helped seize an oil tanker suspected of breaching EU sanctions, it has been reported. [1]

The vessel, the Grace 1, was believed to be carrying Iranian crude oil to Syria, in contradiction of EU sanctions. It was interdicted as it travelled eastwards through the strait of Gibraltar.

A team of 30 Royal Marines from 42 Commando were flown to Gibraltar for the operation. According to the Guardian, an initial boarding took place by a small team of Royal Marines via fast-rope from a Royal Navy Wildcat helicopter. More Royal Marines subsequently boarded the tanker via RIBs, along with members of the Royal Gibraltar police. The tanker was seized without major issue and no one, including the 28 members of the tanker's crew, were injured during the operation.

Pic: Royal Marines from 42 Commando fast-roping from a Wildcat helicopter onto tanker headed to Syria under cover of darkness pic.twitter.com/Wr94HmxQJH 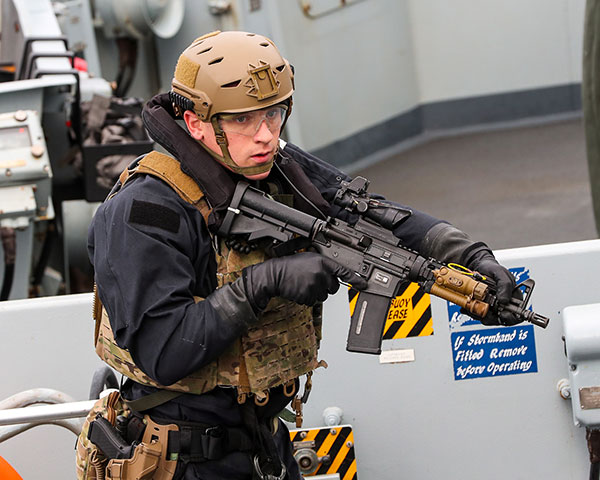 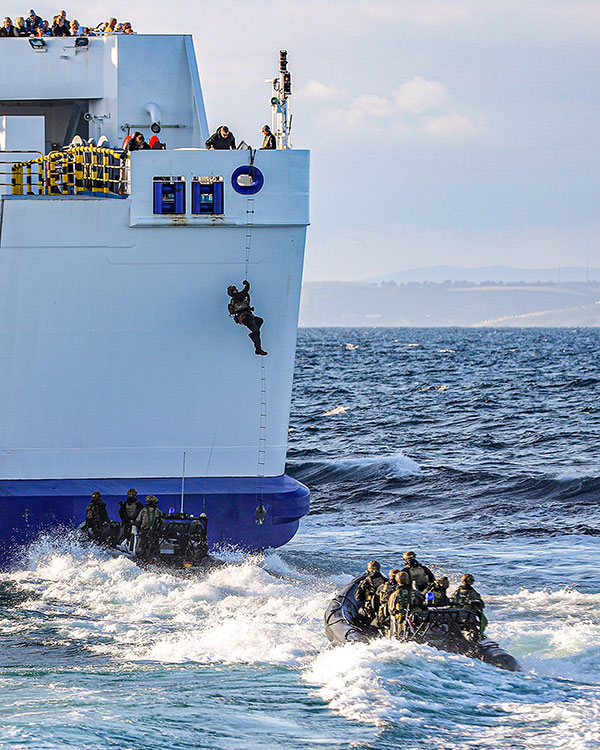 Members of J Coy board a ferry during a training off Plymouth Sound in June. J Coy train to board ships underway using small boats, such as these Pacific 24 RIBs piloted by coxswains from 539 Assault Squadron Royal Marines (539 ASRM), and by fast-roping from Royal Navy Merlin and Wildcat helicopters.
Image by Lphot Mark Johnson © UK MOD / Crown Copyright 2019 | used under open government licence