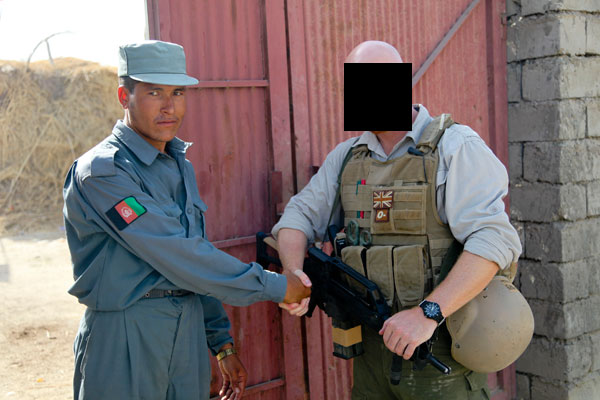 of 44^ gallery
Described by a US military website as a "British Special Security Agent", armed with a G36K, meeets a Afghan National Police officer at the Nawa District Bazaar, Helmand Province, Afghanistan, July 22, 2009. Precisely which unit this soldier/policeman is from is unclear at this time. Any ideas anyone? .
Update : this photo most likely features a close protection officer assigned to SO1 Specialist Protection or a private contractor hired by the Foreign Office.
U.S. Marine Corps photo by Staff Sgt. William Greeson/Released