This site uses cookies. By continuing to use this site you consent to our use of cookies. more info | ok
british special forces » parachute regiment » patrols platoon
▼ share this page

The Patrols Platoons are reconnaissance (recce) units within the Parachute Regiment. Their role is to carry out deep reconnaissance operations at the battalion level. The recce platoon typically operates as mounted patrols or on foot. They have the capability to insert by Static Line, Low Level square parachute in order to carry out reconnaissance ahead of a main drop by other battalion elements.

The Patrols Platoon is not to be confused with another 16 Air Assault Brigade unit, the Pathfinder Platoon, which operates at the brigade level and typically carries out longer range reconnaissance missions.

Patrols Platoons consists of a Headquarters element, led by a Captain. The Platoon is organized into a number of mounted patrols (WMIK Land Rover / MWMIK Jackal 2) and foot patrols.

Patrols Platoon is seen as a prestigious posting and only select Paras get in, after passing the arduous Patrols Cadre. 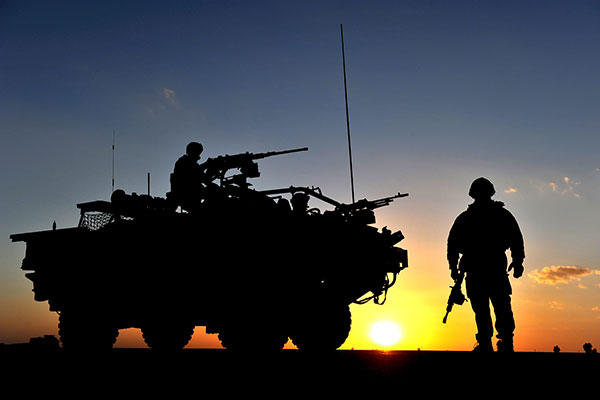 The Patrols Platoon is an elite recce unit that deploys via vehicles such as the Jackal 2, and on foot.
Image by Sgt Rupert Frere RLC | © UK MOD / Crown Copyright 2008
Used under Open Government Licence