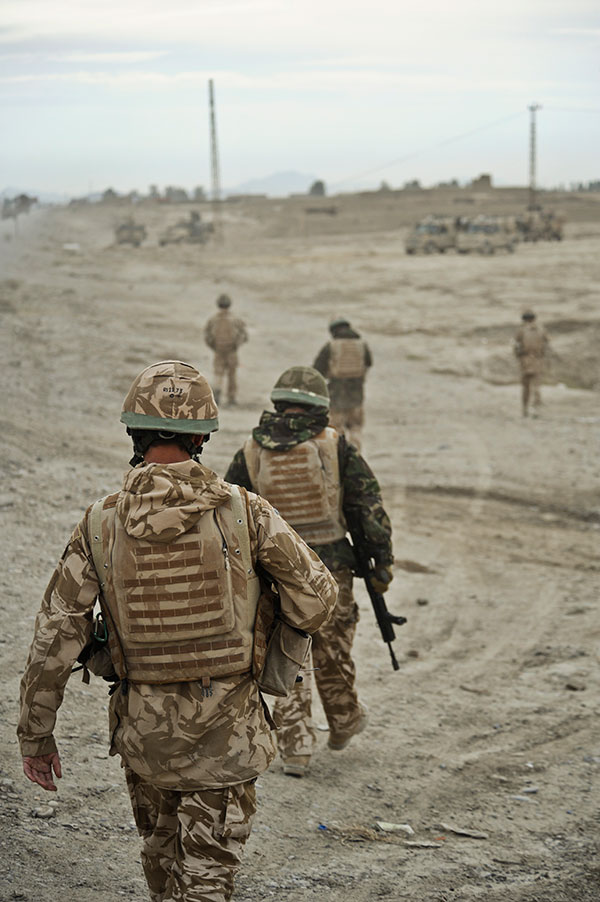 <<<22 of 25>>>^ gallery
Members of B Flight, 27 Squadron, RAF Regiment, pictured while dismounted from their WMIK Land Rovers, on a foot patrol in the area around Kandahar Air Base, Afghanistan, 2010. RAF Regiment forces have carried out regular operations 'outside the wire' of the Kandahar airfield, pushing out into the surrounding environs in order to disrupt Taliban operations. Before the RAF Regiment's arrival, the Taliban was able to carry out numerous rockets attacks on the air base. The RAF Regiment's aggressive patrols, including the use of sniper teams, has significantly reduced the number of Taliban rocket attacks.