This site uses cookies. By continuing to use this site you consent to our use of cookies. more info | ok
british special forces » uksf aviation » commando helicopter force » wildcat ah1
▼ share this page

The Wildcat is designed and manufactured by AgustaWestland, who sell it as the AW159 Wildcat. The new aircraft replaces the ageing fleets of Lynx helicopters in British military service. They began being entered into service in late 2014 / early 2015.

Both NAS 847 and the Army Air Corps field the AH1 variant of the Wildcat, which is designed as a battlefield reconnaissance, troop transport, airborne command post and force protection platform. The Royal Navy also fields the Wildcat HMA2 (Helicopter Maritime Attack Mk 2) variant in the anti-ship and anti-submarine role.

While it retains the basic underlying shape of the Lynx helicopters it replaces, the Wildcat AH1 features an array of sophisticated systems that result in a much more capable aircraft. These include: 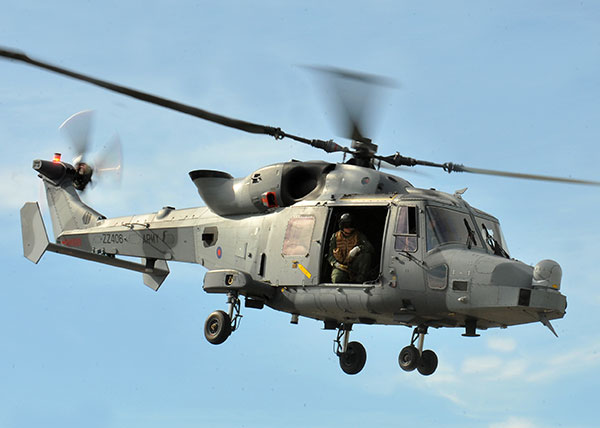 An Army Air Corps Wildcat AH1 in flight. Visible on the helicopter's nose is the L3 Wescam MX-15Di electro-optical laser designator turret. This is a steerable sensors package that includes an infrared and electro-optical camera. A laser designator in the turret can mark targets for Apache AH1 gunships.
Image by Corporal Kellie Williams, RLC © UK MOD / Crown Copyright 2012 used under open government licence 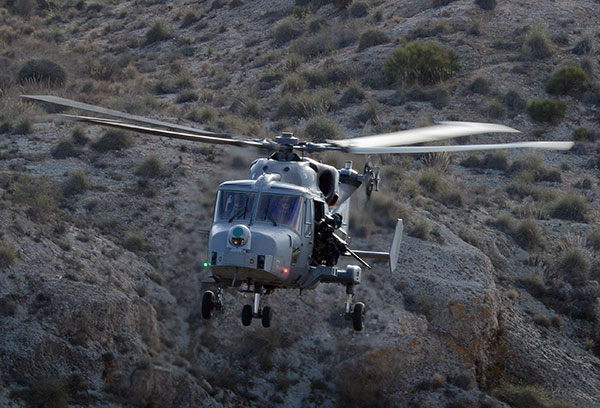