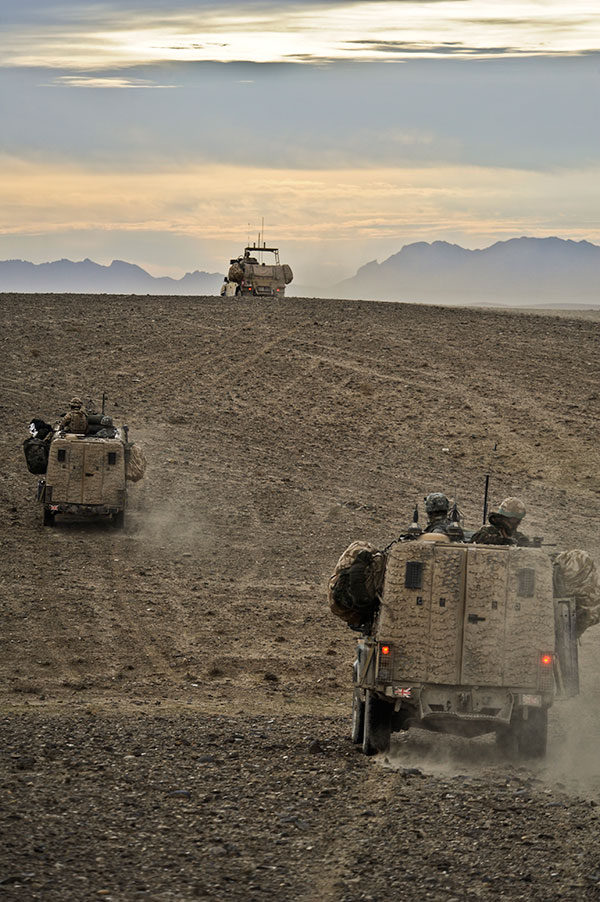 <<<19 of 25>>>^ gallery
Personnel from B Flight, 27 Squadron, RAF Regiment move through the Afghanistan land scape in 'snatch' Land Rovers, January 2010. The snatch variant of the Land Rover was designed for use during the troubles in Northern Ireland but has since been deployed to Iraq and Afghanistan. It has very little protection for those inside and, sadly, a number of British servicemen and servicewomen have lost their lives to IEDs when travelling in these vehicles.
U.S. Air Force photo by Tech. Sgt. Efren Lopez/Released