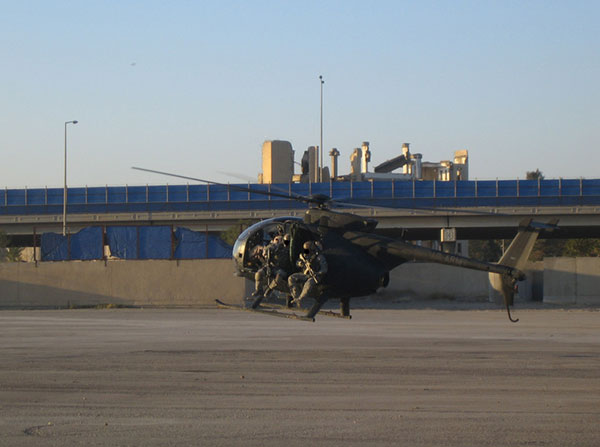 <<<32 of 48>>>^ gallery
Photo of United Kingdom Special Forces (UKSF), likely to be either SAS (Task Force Black / Knight) or support troops from 1 PARA SFSG (Task Force Maroon). riding on the side benches of a US MH-6j 'Little Bird' helicopter during operations in Iraq. From 2003 to 2009, UKSF worked closely with their US counterparts on a series of raids against anti-coalition forces, mostly in and around Baghdad. Many of the operations were supported by helicopters, including RAF Puma, Army Air Corps Lynx, and Black Hawk and Little Bird helicopters from the US 160th Special Operations Aviation Regiment (Task Force Brown). These helicopters not only inserted and extraction ground forces but also carried snipers who provided top cover above the target area.
photo source: internet / john doe