This site uses cookies. By continuing to use this site you consent to our use of cookies. more info | ok
british special forces » special air service
▼ share this page

The Special Air Service (SAS) is the British Army's most renowned special forces unit. From the moment several black-clad figures appeared on the balconies of the Iranian Embassy in London in 1980, the Special Air Service became 'celebrities' both at home and oversees. Their motto, 'Who Dares Wins', has become part of British popular culture. 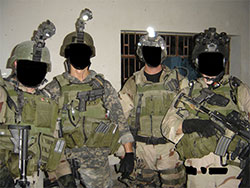 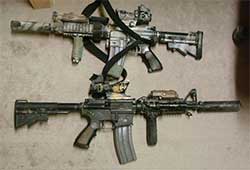 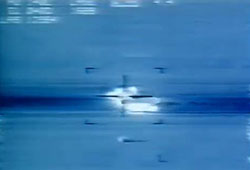 The 22nd Special Air Service regiment (22 SAS) comprises of 4 active 'sabre' squadrons : A, B, D, & G, each made up of around 60 men. Each Squadron is made up of 4 troops with each troop specialising in certain areas of expertise.

2 reserve regiments, staffed by civilians, form 21 and 23 SAS. One of the more famous SAS alumni, author and member of the infamous Bravo Two Zero patrol, Chris Ryan, began his army career in the territorial SAS before passing selection for 22.

A small group of 22 SAS veterans and civilian volunteers make up L-Detachment, a reserves element attached to 22 SAS.

The Special Air Service was born in the African desert during World War 2 and has since carried out many operations.

The S.A.S. has carried out many operations over the years, including everything from counter-terrorist assaults in the glare of the media spotlight to covert operations in Northern Ireland. The SAS are currently deployed to Iraq (with the SBS assigned to Afghanistan). It's reported that the SAS Squadron in Iraq is operating as part of 'Task Force Black' - the British contingent of US-led Task Force 88, tasked with hunting down Al-Qaeda leaders in the country.

Only the best of the best need apply for the Special Air Service. The selection process is one of the toughest in any military worldwide and the vast majority of candidates fail it.

The SAS are constantly training - learning new techniques and honing existing ones.

A typical SAS patrol is just 4 men, each expert in at least one specialized skill and proficient in several others.

The Regiment has a wide range of responsibilities, each requiring specific training and disciplines :

One Sabre Squadron is responsible for counter-terrorism duties, with a team on a constant state of alert. The 4 squadrons rotate through this role on a 6 monthly basis.

Sneaking into enemy territory to gather intelligence about troop strengths and movements is not as glamorous as leaping across embassy balconies but it is the bread and butter of special operations work. SAS recon teams must be able to remain hidden under the nose of the enemy for days on end, lurking concealed in dug out hides and on so-called 'hard routine' (no talking, no smoking, cooking etc). The Regiment trained to do this against the Russians but the techniques were used to great success in the barren hills of the Falklands and the hedgerows of Northern Ireland.

With the emphasis on air power in modern warfare comes a need for skilled forward air controllers : men on the ground calling in air strikes. In any S.A.S. team there's likely to be one trooper specially trained to communicate with attack aircraft and guide them in for a strike. Sometimes a laser designator will be used to 'paint' the target; other times the attack aircraft will be guided in verbally. The S.A.S. called in air strikes against Scud launchers during the 1991 Gulf War, against Serbian tanks in Bosnia in the 90s and against Taliban positions in the mountains of Afghanistan in 2001.

Target Attacks - Behind the lines sabotage

The Special Air Service regiment began its life in World War 2, carrying out daring sabotage missions behind German lines, first in North Africa and then in the European theatre. The modern day S.A.S. keeps up the tradition and are experts at infiltration deep into enemy territory, destroying fuel dumps, communication lines, bridges and railway lines.

The Regiment are masters at close protection duties (CP) - body guarding to the layman - having developed many of the protocols themselves. VIP protection is the responsibility of the Counter Revolutionary War (CWR) wing. Nowadays much of UK Military CP work is being done by specialised military police units.

Over the years, the Special Air Service has shared their expertise with friendly nations, training their own special forces and bodyguards in the dark arts. Known as 'team jobs' within the S.A.S., the UK government gets both political and financial benefits from such arrangements due in part to the reputation of the regiment.

The Special Air Service has access to a wider range of weapons than the average UK squaddie.

The 22nd Special Air Service are provided with communications and SIGINT support by 264 (SAS) Squadron of the Royal Corps of Signals.