This site uses cookies. By continuing to use this site you consent to our use of cookies. more info | ok
british special forces » news » sbs dry dock
▼ share this page

A minisub dry dock used by the Special Boat Service (SBS) has been spotted in the wild.[1] When the Royal Navy's nuclear submarine, HMS Astute recently made its maiden visit to Gibraltar, the minisub's dry dock shelter was clearly visible fitted to the rear of the submarine's conning tower. 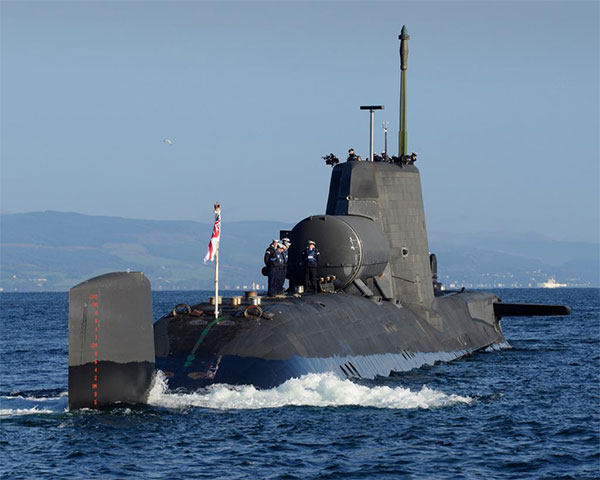 The minisub - properly known as a swimmer delivery vehicle (SDV) - that is transported in such a dry dock is known as the MKVIII Mod 1. It is a US-designed submersible also used by their Navy SEALs and has been in UK service since 1999. Both the US and UK plan to bring replacement designs into service in the near future. Known as shallow water combat submersible (SWCS), the new SDVs can accommodate 8 fully equipped SBS commandos. Unlike the previous design, the new SDV will feature a periscope, doppler sonar array and advanced navigation systems which means the craft will be able to carry out its missions without surfacing to take GPS bearings. Quiet electronic motors, passive sonar and a sound-absorbing fibre-glass hull will give the vessels a degree of stealthiness.

The miniature submarine births in the Astute class boat's dry dock shelter and can be transported, submerged and undetected, for thousands of miles. To be launched, the minisub's 'mother' sub rises to a relatively shallow depth before the minisub exits the dry dock and begins its mission. Recovery of the minisub back into the dry dock is just as simple. The dry dock can be fixed to whichever Astute class submarine is required for a given SBS operation. Even without a minisub present, SBS frogmen can still swim out of the dock, perhaps carrying inflatable craft up to the surface. This dry dock facility was developed under the code name of 'Project Chalfont' and is known as the Special Forces payload bay.

When HMS Spartan was retired in 2006, the SBS lost their only dry-dock-equipped minisub platform. Before this new facility came into service, SBS minisubs had to be airlifted into action by helicopters or launched from surface ships. The ability to piggy-back on the Royal Navy's fleet of stealthy Astute class boats, and launch while submerged, allows for a far more clandestine mission profile, and is a major capability boost for the maritime Special Forces unit.

The SBS use minisubs for a range of tasks; from covert infiltration of coast lines, attacking ships in harbours, planting sensors or tracking devices and delivering counter-terrorist teams to maritime objectives. There are rumours that the SBS component of the Increment, a top-secret cadre of UKSF and SIS elements, use minisubs to infiltrate and exfiltrate agents from foreign countries. 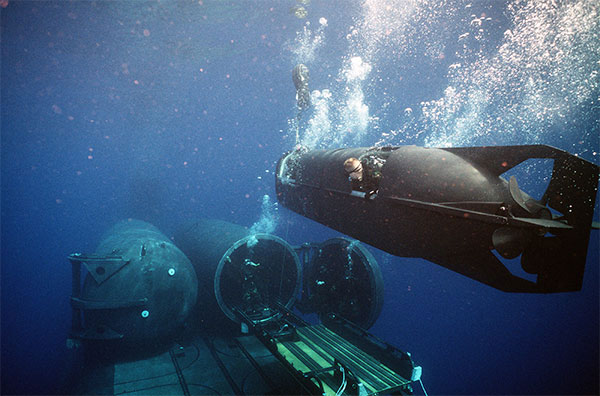 A US Navy SEAL pilots a MKVIII Mod 1 minisub out of a dry dock shelter fitted atop a U.S. Navy submarine. Both the SEALs and the SBS plan to replace these ageing designs with new vehicles.
U.S. Navy photo by Chief Photographer's Mate Andrew McKaskle 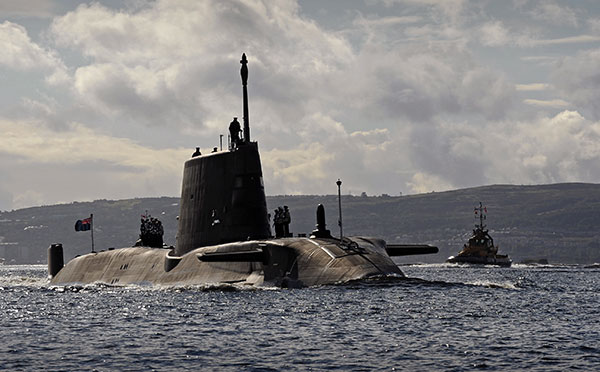 HMS Ambush, the second of a planned seven Astute-class subs, pictured here undergoing sea trials. The Astute class of Royal Navy nuclear-powered submarines are at the cutting edge of naval technology. They feature advanced sonar arrays and carry Spearfish torpedoes and Tomahawk cruise missiles. Thanks to their nuclear reactor, the boats will never need to be refueled and can stay submerged for extended periods, turning seawater into oxygen and fresh water for their crews. The only limiter to how long they can stay beneath the water is how much food they have in their stores and the endurance of their crews.
MOD photo LA(Phot) Stu Hill | © Crown copyright 2012
used under open government licence