This site uses cookies. By continuing to use this site you consent to our use of cookies. more info | ok
british special forces » news » royal navy intercepts pirates
▼ share this page

The Royal Navy has again interdicted suspected pirates in the Indian Ocean.

Last month, HMS Westminster, as part of Combined Task Force 151, intercepted a group of pirate boats. The Royal Navy warship's Merlin helicopter had detected the pirates and identified weapons, boarding ladders and other suspicious paraphernalia aboard the boats which were operating hundreds of miles from the shore.

Some 12 suspected pirates were taken into custody and their boats were sunk by naval gunfire.

This latest action by HMS Wesminster is just one out of of a continuing campaign to keep the shipping lanes free from piracy. Such efforts have escalated of late, with a recent air strike against pirate infrastructure on the Somali shoreline. A helicopter from one of the warships of Operation Atlanta, the EU's counter piracy task force, struck at “supplies on the shoreline” earlier this week. 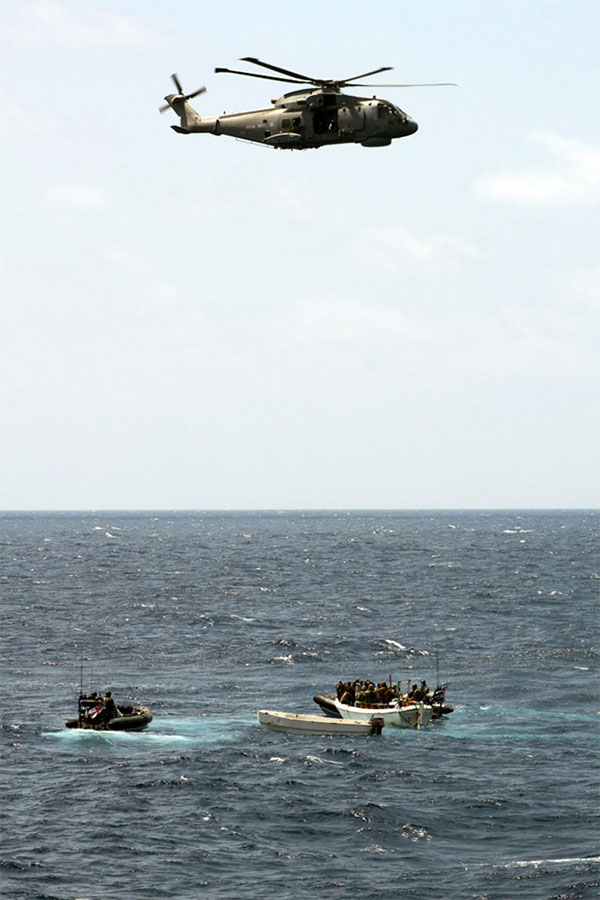