This site uses cookies. By continuing to use this site you consent to our use of cookies. more info | ok
british special forces » news » ex green dagger
▼ share this page

45 Commando recently deployed to the United States for Exercise Green Dagger. The exercise was held in the Marine Corps Air-Ground Combat Center, a huge training complex in the Mojave desert, California.

The U.S. exercise was part of 45 Commando's force generation cycle in its lead up to taking up the Lead Commando Group role.

Here are some photos from the exercise... 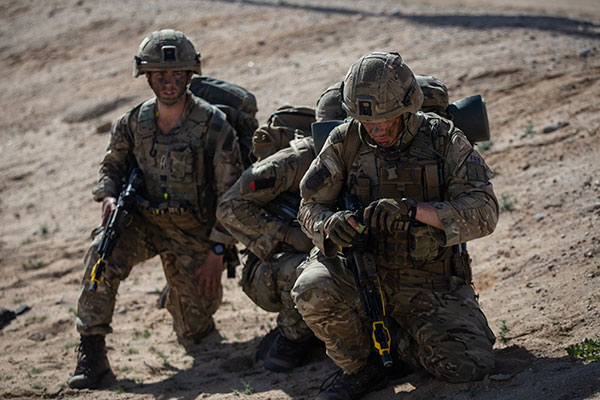 Men with 45 Commando Group take a knee during during Exercise Green Dagger. The foremost Royal Marine is preparing to deploy a smoke grenade.
U.S. Marine Corps photo by Sgt. Victor A. Mancilla 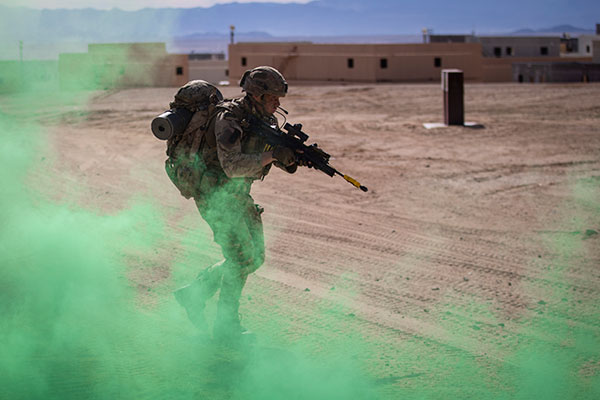 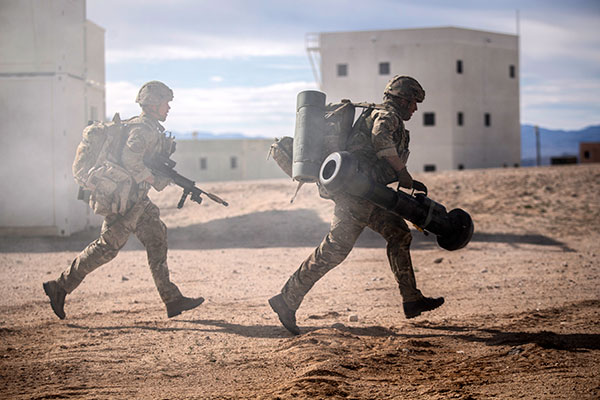 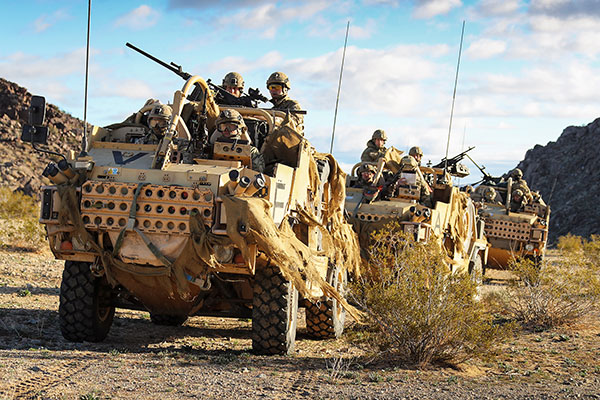 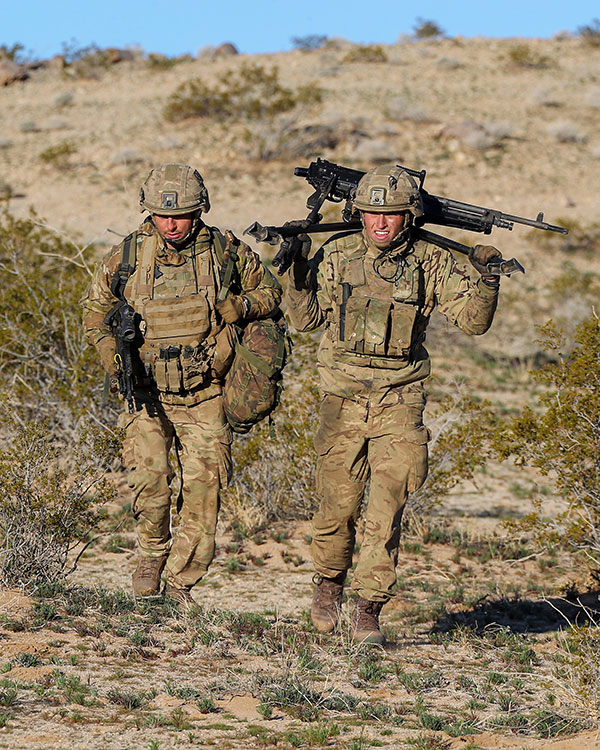 A Royal Marines machine gun team move through the desert. Note the General Purpose Machine Gun (GPMG), mounted on a tripod and being carried across the shoulders of the rightmost bootneck, is set up in sustained fire (SF) mode.
Image by L(Phot) Barry Wheeler © UK MOD / Crown Copyright 2018 | used under open government licence 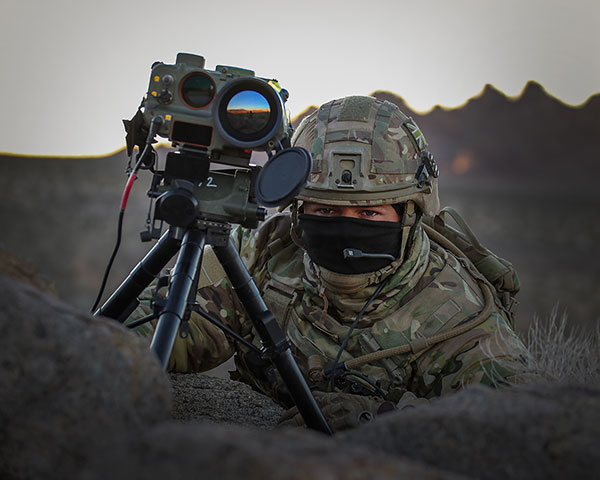