This site uses cookies. By continuing to use this site you consent to our use of cookies. more info | ok
british special forces » gear » misc kit » night vision
▼ share this page

Night vision devices turn night into day for the user. NV devices can be hand-held scopes, rifle sights or goggles worn like glasses. They work by electronically amplifying whatever ambient light is present or by making use of normally invisible light sources such as infra-red torches.

Special forces operators have traditionally loved the night, choosing to move, fight and hide under its shroud. For the modern special operator, night vision is a double-edge sword. They give the operator a distinct advantage when up against an enemy without them. The proliferation of night vision devices, however, even amongst terrorist forces, has eroded the special forces man's confidence in the night as a place to hide in.

Regular British forces use the Head Mounted Night Vision System (HMNVS), the UK version of the AN/PVS-14, made by ITT Defence for the US military. It is a monocular device equipped with third generation night vision technology. 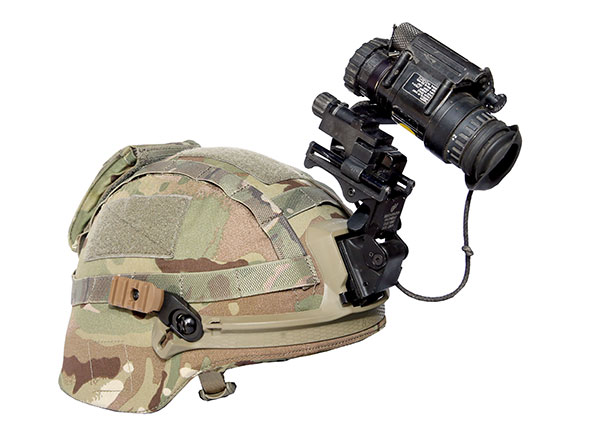 The counter-terrorism teams of the Special Air Service and the Special Boat Service have the option of using light-weight image-intensifying passive night vision goggles (PNGs) fitted over their respirators. A tactic that both teams practice is to move in on an objective under the cover of darkness. As the assault goes in, the power is cut inside the terrorist stronghold, plunging those inside into pitch darkness. The UKSF assaulters, augmented with PNGs, would have a distinct advantage in such a scenario. There are particular challenges in using PNGs in close quarters battle due to the tunnel vision and depth perception distortion they create. Frequent practice overcomes these issues, however.

British pilots first used night vision goggles during the Falklands Conflict in 1982 when Royal Navy helicopter pilots used the then leading-edge technology to fly UKSF teams onto the islands. Since then, the technology has improved, getting clearer and the equipment lighter. Even so, flying long distances at low level is both a mental and physical strain.

In increasing use in aviation are Display Night Vision Goggles (DNVG). These are NVG devices that display vital flight information such as height, speed, altitude etc so that the pilot can keep track of his aircraft's state while looking out of the cockpit. 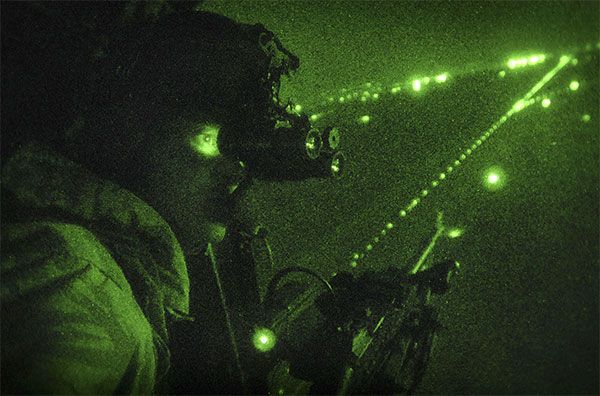