This site uses cookies. By continuing to use this site you consent to our use of cookies. more info | ok
british special forces » royal marines » 3 commando brigade » aSGRM
▼ share this page

The ASGRM is part of Commando Logistic Regiment (CLR) and operates out of Bovington Garrison in Dorset. Overall control of the ASGRM, however, is with 539 Assault Squadron Royal Marines, administered out of RNAS Yeovilton, Somerset. 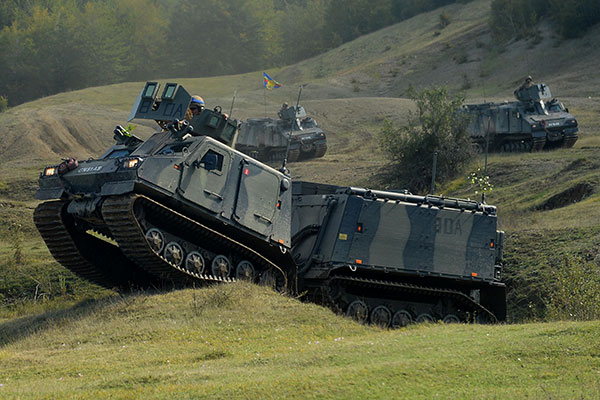 A Viking ATV(P) with the Armoured Support Group operates with Juliet Company, 42 Commando during an exercise in Albania. The Viking can be split into two sections in order to be transported as an underslung load by Chinook or Merlin helicopter.
Image by LA(Phot) Jason Ballard | © UK MOD / Crown Copyright 2013
Used under Open Government Licence

A single Viking troop can transport one Royal Marines rifle company to, from and across the battlefield. Two troops are typically made available to the LGC. Fire Support variants of the Viking may provide heavy and medium machine gun fires while a mortar-carrying variant provides in-direct fire support. The Vikings can also be used in the command, recovery or ambulance role.

Viking Squadron is organised into three Viking troops (1 Troop, 2 Troop, 3 Troop), each with sixteen ATV(P) and led by a Captain. A further four mortar-carrying and/or fire support Viking variants may be attached, bringing the troop strength up to twenty vehicles. Two Viking troops are on five days notice to support the Lead Commando Group as part of 3 Commando Brigade's Response Force Task Group (RFTG). The other troop is on twenty-eight days notice.

Other elements of Viking Squadron include a Support Troop consisting of signallers, mechanics, stores clerks and admin support staff . The unit also features a Trials and Training Wing.

Prior to the group's formation, the Royal Marines Armoured Support Company had operated the Viking in Afghanistan, first deploying in September 2006.

From their initial deployment to Afghanistan, in late 2007, the Armoured Support Group have been involved in a series of operations, including: 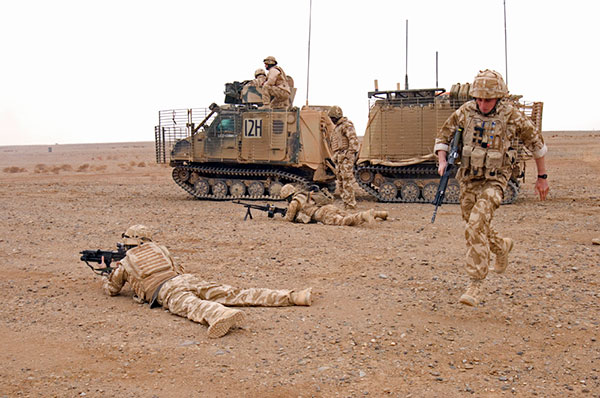