This site uses cookies. By continuing to use this site you consent to our use of cookies. more info | ok
british special forces » gear » vehicles » sas range rovers
▼ share this page

2 years after the SAS established its anti-terrorist capability in 1972, the Counter Revolutionary Warfare (CRW) wing initially purchased 6 Range Rovers for the counter terrorism (CT) role. The Range Rovers could be used to covertly move the initial wave of SAS first-responders from Hereford to London, or anywhere else in the country.

They had plenty of cargo space and a tail gate for easy loading/off-loading of gear. The vehicles also had excellent off-road capabilities. If needed they could be tied down to the floor of a C-130 Hercules cargo plane or Chinook helicopter for transportation. Crucially, the Range Rovers could be used during an anti-terrorism operation itself, delivering SAS assault teams right up to a terrorist stronghold.

The initial batch of Range Rovers purchased by the Regiment were standard-spec 2-door versions. In the mid-1980s, 22 SAS purchased many more Range Rovers, this time mostly selecting the 4-door variant. These vehicles would be adapted by Land Rover’s Special Vehicles department and other contractors for their SAS customers. 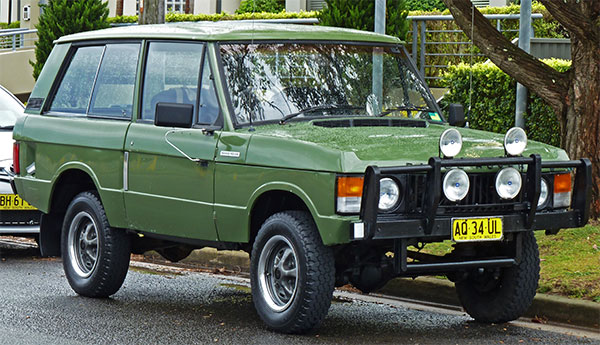 Modifications included provisions for fitting assault platforms to the Range Rovers. These adjustable ladder assemblies allowed SAS CT operators to access above ground entry points on terrorist strongholds such as 2nd story windows / balconies of buildings or access points on hijacked aircraft. Skirts were also fitted to allow SAS operators to perch on the outside of the vehicle. Range Rovers with such equipment would be able to rapidly approach a stronghold and deliver assault teams to entry points at multiple levels simultaneously.

Other mods included a set of hard-to-spot roll bars fitted inside the vehicle. Discrete amour plating was also installed, as were stabilizer bars, run-flat tyres and wheel and axle guards. The electrical system was upgraded with a split charger that allowed for the use of a second battery, presumably to help power the secure communications equipment carried. Provisions for said radio receivers could be found in the dashboard, along with discrete extra anntennae on the roof. A stalk-mounted map light was availble for use by the front passenger. Switch-activated flashing headlamps and police-style sirens and detachable blue lights were put in for when the vehicles needed to push through traffic. If stealth was required, a switch could disable the vehicle's brake lights and other indicators and select infrared headlights, the beams of which were only visibile through night vision devices. There were secure weapons lockers in the boot and inside the vehicle. The rear seating doubled as additional storage space. A heavy-duty tow bar was also fitted. The extra weight of these addons was off-set by tuned-up V8 diesel engines.

The SAS CRW Wing operated several configurations of Range Rover. The 'Command and Control ' variant would transport the on-site SAS commander and would most likely feature additional communications gear. This vehicle would be in charge of the so-called 'Team' vehicles, which would transport the SAS assaulters and snipers.

, describes a training exercise for a so-called 'hot extraction' in which a MI6 C-130 Hercules aircraft landed at an air strip before deploying a RWW team in a Range Rover. 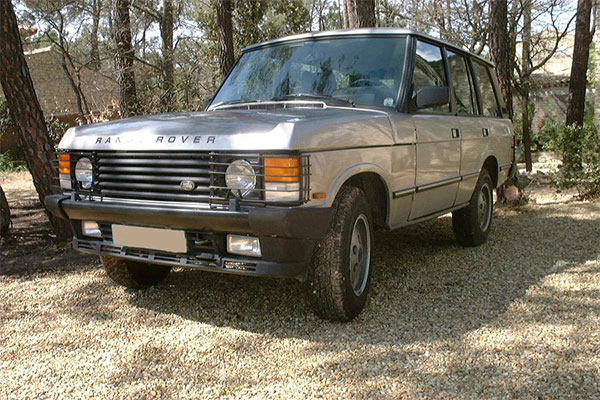 Photo showing a 4-door Range Rover classic (generic non-sas vehicle shown). Aside from small sockets on the bumper for the mounting of assault platforms and perhaps non-standard arials on the roof, the exterior of SAS Range Rovers were visually identical to civilian counterparts.
pubic domain photo courtesy of wikimedia user OSX | used with thanks

When Land Rover brought out the second-generation (P38A) of Range Rovers in the mid-1990s, 22 SAS decided that the new models, which had been redesigned as upmarket, luxury vehicles, were no longer suitable for their purposes. Before Land Rover finished production of the classic model, the SAS reportedly secured one last batch for themselves.

It is beleived that the Regiment then turned to another Land-Rover-made vehicle, the Discovery. Less flashy, and hence less noticeable, than the 2nd generation Range Rover, the Discovery had many of the same attributes, such as good off-road performance and load-carrying capacity, that made it ideal for SAS work. The Discovery was based on the same chassis and drive train as the Range Rover but was pitched as a more down-market, utility vehicle. Discoveries soon became a common site on Britain's roads.

There is little info in the public domain about the configuration of any SAS Discoveries although it can be speculated that they will have been modified to have similar capabilities as their Range Rover predecessors. 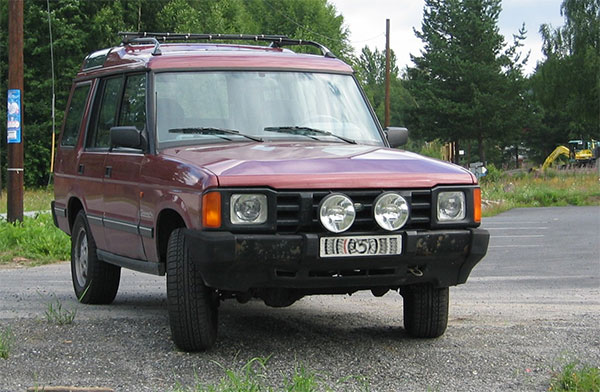