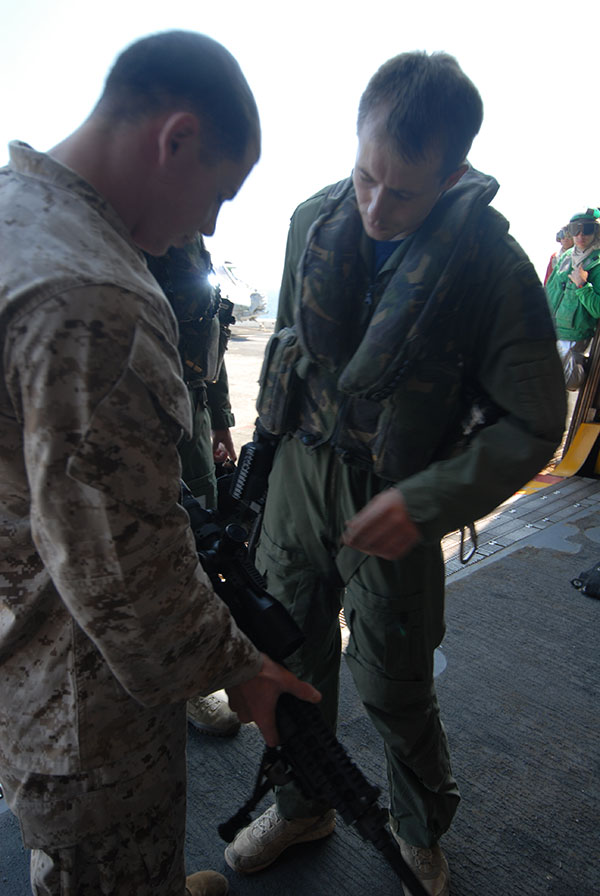 <<<36 of 62>>>^ gallery
A Royal Marine operating as part of a Maritime Sniper Team (MST) compares rifles with a member of the 6th Marine Expeditionary Unit sniper platoon, United States Marines Corps following a sniping competition, Feb 2009. The MST is part of the Fleet Protection Group and, at the time when this photo was taken, were deployed on British warships in the Gulf Of Aden during anti-piracy operations. During such operations, it is common practise to put a Maritime Sniper Team onto a Royal Navy helicopter to provide top cover for Royal Navy / Royal Marines boarding teams.
read the story about the sniping contest (external link)
Photo by Petty Officer 2nd Class Joan Kretschmer
« back to fpgrm gallery
advertisements
CONNECT
NEW PHOTOS