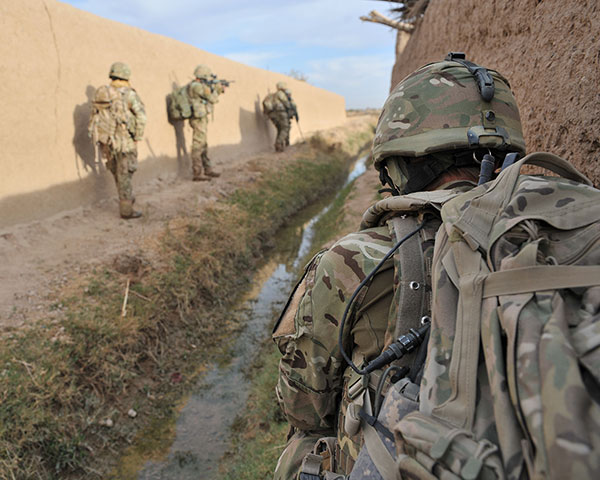 <<<4 of 44>>>^ gallery+ enlarge
Soldiers with 20th Armoured Brigade's Brigade Reconnaissance Force (BRF) conduct a helicopter operation to search compounds for IED-making equipment, November 2011. 20th Armoured Brigade's BRF was formed around troops from 1st The Queen's Dragoon Guards and the Recce Platoon from 1st Battalion The Yorkshire Regiment, along with various supporting elements drawn from throughout the Brigade. The BRF are the Brigade's eyes and ears. This specially-trained group carries out reconnaissance and intelligence gathering missions in support of brigade operations..