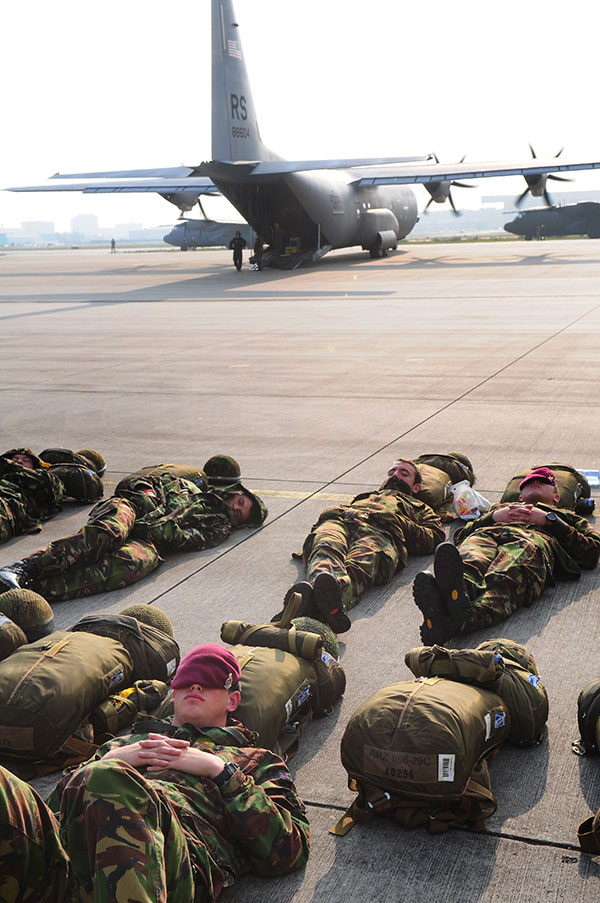 <<<36 of 37>>>^ gallery
Paratroopers from the Parachute Regiment get some rest before boarding a USAF C-130J Hercules transport plane for a ceremonial jump, September 19th, 2009. The Paras were taking part in a jump to commemorate the 65th anniversary of Operation Market Garden, a massive World War 2 Allied airborne operation in Holland.