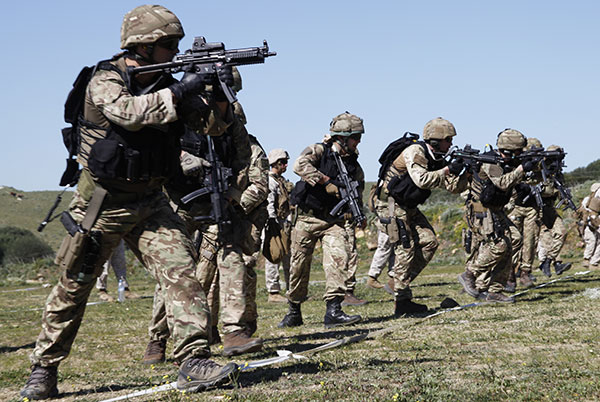 The Royal Marines are armed with Heckler & Koch MP5a3 9mm sub machine guns. The MP5s are fitted with tri-rail RIS handguards which allow the mounting of accessories such as foregrips, laser devices and torches, They are also fitted with Eotech 512 holographic sights. The MP5A3 in service with British military units is designated as the L91A1.