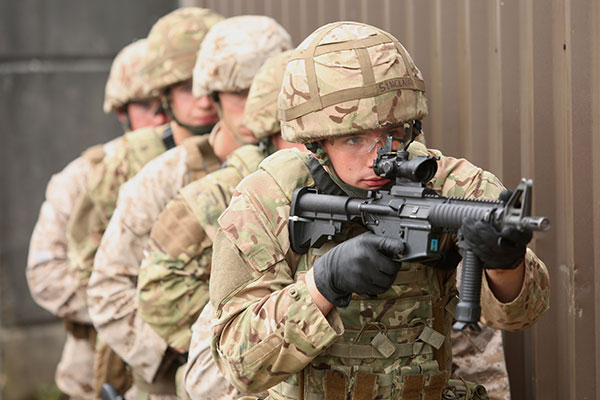 A Royal Marine with 43 Commando Fleet Protection Group heads a mixed stack of Royal Marines and members of the U.S. Marines Security Forces Regiment. The Marines are preparing to enter and recapture a mock nuclear facility during Exercise Tartan Eagle 2014.