This site uses cookies. By continuing to use this site you consent to our use of cookies. more info | ok
british special forces » news » sas develop airborne ct
▼ share this page

Reports in the Daily Star and Express detail what is described as a new unit that employs Dauphin helicopters, decorated in civilian paint schemes, to transport SAS CT troops to the scene of an incident. The unit has been dubbed as 'Blue Thunder', due to the helicopter's colouring. Astute readers will recongize the description of blue Dauphin helicopters as being a reference to 658 Squadron, the Army Air Corps unit dedicate to supporting 22 SAS.

The helicopters allow a small force of SAS to reach anywhere in the U.K. in a more timely fashion than by road transport. The press reports say that the unit has been configured to operate from 3 airfields and a number of provincial airports. According to reports, the teams have been practising a wide range of counter terrorism scenarios, including a lone wolf gunman and larger scale attacks.

In the event of an incident, the 22 SAS / 658 Sqn unit will be under the command of Counter Terrorism Police. The air mobile CT teams will be able to take to the skies straight away but final clearance to engage on the ground must come from civilian powers, typically the COBRA emergency committee, helmed by the Prime Minister. 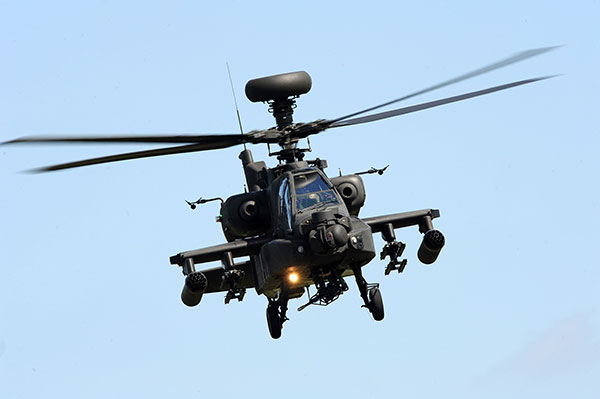 While the tabloid stories would have one believe that this is a brand new unit that has been developed, the Blue Thunder reports read more like the existing SAS CT unit has been building on its existing capabilities in order to adapt to the changing terrorist threat.

The old CT paradigm was geared more towards siege busting. In such scenarios, terrorists would take over a building, aircraft, passenger train etc. with the purpose of using hostages as bargaining chips in service of some larger cause. In this paradigm, local police units would contain the situation while the SAS CT team would load up in Range Rovers and transit vans and drive to the vicinity. The CT team would have an immediate action plan that could be initiated as soon as they arrive, or, preferably, as the siege went on, they would develop a deliberate action plan based on all the intelligence gathered at the scene.

The modern CT paradigm means responding to attacks by gunmen - including multiple simultaneous attacks - as seen in Mumbai and Paris. In such incidents, the perpetrators are not interested in a drawn out siege but are trying to cause as much mayhem as possible. The response by CT forces to such events has to be swift.

To this aim, British police such as London's Metropolitan Police Service (MPS), have been developing Counter Terrorist Specialist Firearms Officer (CTSFO) units, who will be among the first responders to a terrorist rampage.

For the SAS's part, they appear to understand that waiting for the CT Team to drive in from Hereford is no longer sufficient. If press reports are to be believed, the SAS has adapted to the changing terror threat in a number of ways.

One response has to move a portion of the SAS CT force to the nation's capital. A UKSF base has been reportedly established in a secret location in London that will allow a much faster military response to an attack on the city.

Another response has been to develop 22 SAS's airborne capability. Wether it is reinforcing the London unit or responding to an incident outside of the capital, the airborne option is clearly the fastest way to get the CT forces where they need to be. This development of the airborne response includes the integration of SAS troops, 658 Squadron and civilian counter terrorism police. In other developments, reported earlier this month and still unconfirmed, the SAS has been given access to a number of V-22 Osprey aircraft in order to support its CT mission. If true, The Ospreys would be able to transport a UKSF CT reaction force around the country more quickly that traditional helicopters.