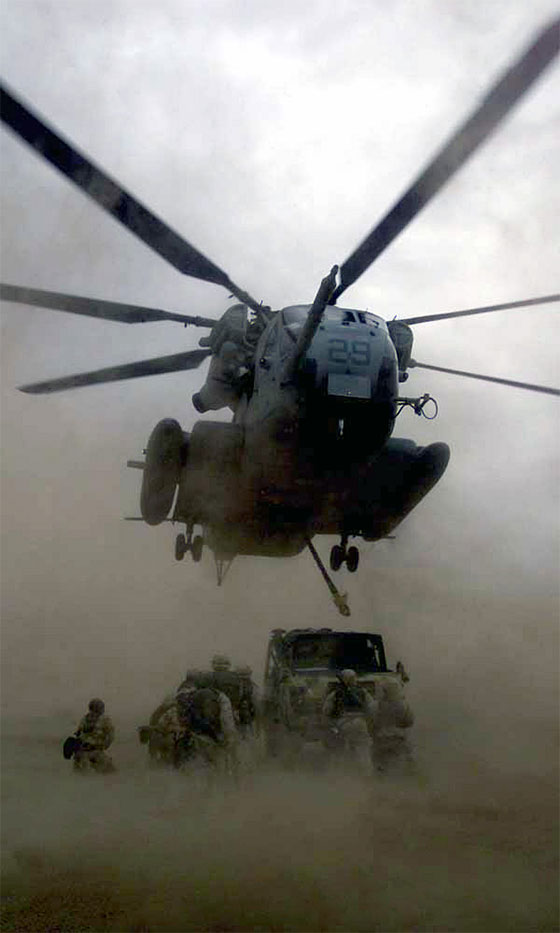 <<<18 of 89>>>^ gallery
A United States Marine Corps (USMC) CH-53 Sea Stallion heavy-lift helicopter prepares to life a Royal Marines Land Rover. This photo was taken in Feb 2003, during training for the US-led invasion of Iraq. During the invasion itself, a large number of RM Commandos, and their equipment, were air-lifted into action by USMC helicopters.
DoD photo by: LCPL JONATHAN P. SOTELO, USMC