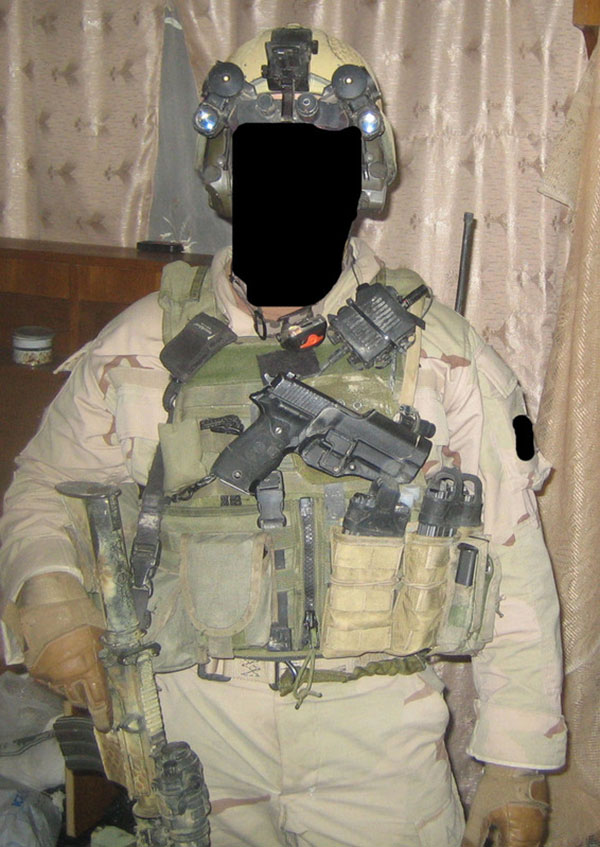 <<<37 of 48>>>^ gallery
A member of Task Force Black (SAS / SFSG) pictured while on operations in Iraq. Special Air Service and Special Forces Support Group troops, supported by various intelligence, communication and aviation assets, carried out a high tempo campaign against Al Qaeda and insurgent forces in Baghdad from 2003 to 2009.

The top US General in Iraq at the time praised the effectiveness of the British SAS. Speaking to the Times newspaper, General David Petraeus said, "They have helped immensely in the Baghdad area, in particular, to take down the al-Qaeda car bomb networks and other al-Qaeda operations in Iraq’s capital city, so they have done a phenomenal job in that regard."
photo source: internet / john doe