This site uses cookies. By continuing to use this site you consent to our use of cookies. more info | ok
british special forces » news » sbs bag taliban leader
▼ share this page

The Sun newspaper has reported that the Special Boat Service (SBS) has been involved in an operation to take out a prominent Taliban leader in Afghanistan.

The incident is said to have taken place at the town of Now Zad, in the North of Afghanistan's Helmand Province.

It's been reported that the Taliban leader, Mullah Bishmullah, thought to be responsible for many of the attacks on British forces in the Province, was spotted at a compound at Now Zad by an orbiting Reaper unmanned spy drone. The SBS were quickly airlifted into the area by helicopter, on orders to intercept him. An intense firefight erupted with Bishmullah and his bodyguards trading fire with their SBS pursuers before eventually being cut down. There are no reports of any British casualties during the operation.

This latest incident is one of a series of actions by the SBS against Taliban leadership. 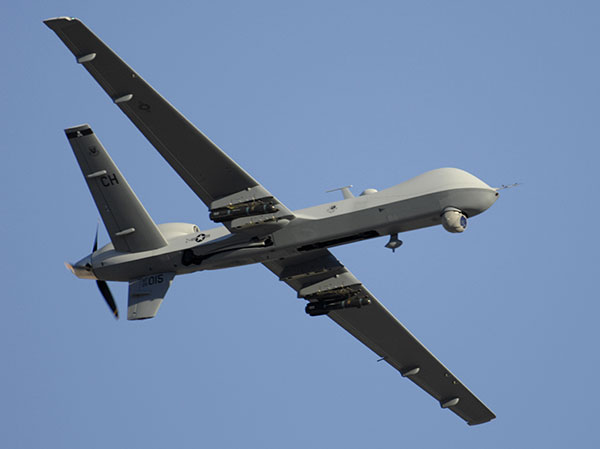 The RAF operate the US-built Reaper UAV over the skies of Afghanistan. The Reaper has reportedly been supporting UKSF operations in both Afghanistan and across the border into Pakistan.
US DoD photo by: MASTER SGT. ROBERT W. VALENCA