This site uses cookies. By continuing to use this site you consent to our use of cookies. more info | ok
british special forces » special boat service
▼ share this page
note: www.specialboatservice.co.uk content has been moved to this section

Less well-known than their army counterparts, the Special Boat Service is the UK's naval special forces unit. SBS operators tend to come from the Royal Marine Commandos although the SBS is tri-service. The SBS is part of UKSF, along with the SAS, SRR and SFSG. 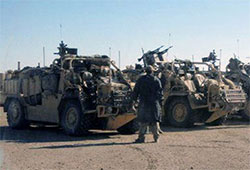 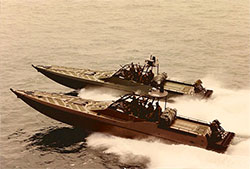 A look at the variety of boats used by the SBS
more info: SBS boats
SBS Video 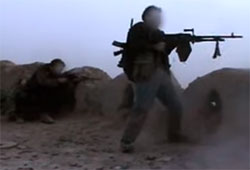 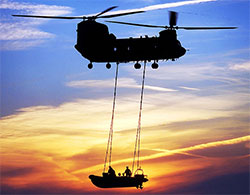 The SBS was formed during World War 2 and has evolved from a small commando unit to the fully-fledged special forces organisation it is today.

A look at the rivalry and differences between the 2 special forces units.

Since 9/11, the Special Boat Service has been deployed against Al Qaeda in the global war on terror, often working side by side with their SAS colleagues. In Afghanistan, one SBS patrol got drawn into one of the largest and bloodiest battles of the war as they helped to squash an uprising of captured Taliban and Al Qaeda prisoners at a medieval fort.

During the allied invasion of Iraq in 2003, SBS teams, working with US Navy Seals, secured and scouted the beaches on the Al Faw Peninsula, paving the way for amphibious landings. Other SBS teams secured the southern oil fields. One Land Rover column of around 60 SBS men, operating in the North, were ambushed by Iraqi forces and had to fight their way out of trouble.

The SBS is were heavily engaged in Afghanistan, where they targetted Taliban leadership in a series of successful operations.

As a maritime special forces unit, the SBS has some specialised roles.

more info: roles of the SBS

The SBS employ all manner of surface and underwater vessels.

related book :
Black Water
Don Camsell's fantastic first-hand account of his life in the SBS is required reading for anyone interested in the Special Forces.

A superb read for anyone interested in the SBS.