This site uses cookies. By continuing to use this site you consent to our use of cookies. more info | ok
british special forces » news » end to unilateral uksf ops
▼ share this page

Some 12,000 Afghani special operations troops have been trained and mentored, some by UK forces. Reports of joint UKSF / Afghan operations are nothing new but this is the first indication that all UKSF missions will now be joint UK / Afghan affairs. 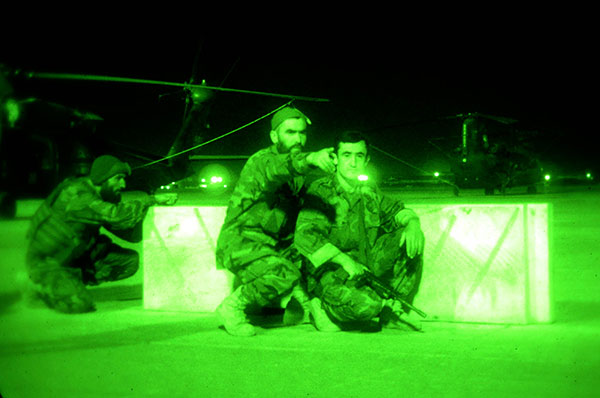 Afghan commandos in training at Bagram Airfield, Afghanistan. Such operators will now take part in all British special forces operations in Afghanistan, like those undertaken by the Special Boat Service.
US DoD photo by Spc. Michael Creech