This site uses cookies. By continuing to use this site you consent to our use of cookies. more info | ok
british special forces » news » sfsg to expand
▼ share this page

SFSG Base To Expand

Proposals to expand military options at MoD St Athan, the home of the Special Forces Support Group (SFSG) have been announced. Defence Secretary Liam Fox announced on July 18th. It is understood that the result will be the creation of a "major centre for excellence for special forces" at St Athan. St Athan's local MP, Alun Cairns, said that "St Athans will be seen in the same light as Hereford is to the SAS."

MoD St Athan (formerly RAF St Athan) is a large Ministry of Defence unit close to the village of St Athan in the Vale Of Glamorgan, Southern Wales. Aside from the SFSG, the base is also home to a number of other units, including 2300 Squadron Air Training Corps, 634 Volunteer Gliding Squadron and No 4 School of Technical Training RAF. 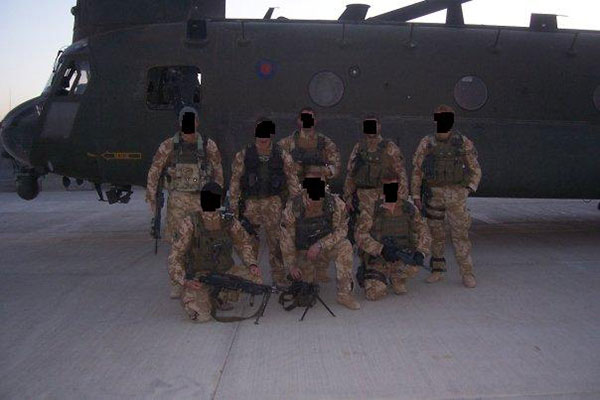 SFSG soldiers pictured in front of a Chinook helicopter. The Special Forces Support Group has served with distinction in both Iraq and Afghanistan. It is comprised of the 1st Battalion the Parachute Regiment, a company-sized element from the Royal Marines and a further element sourced from the RAF Regiment.