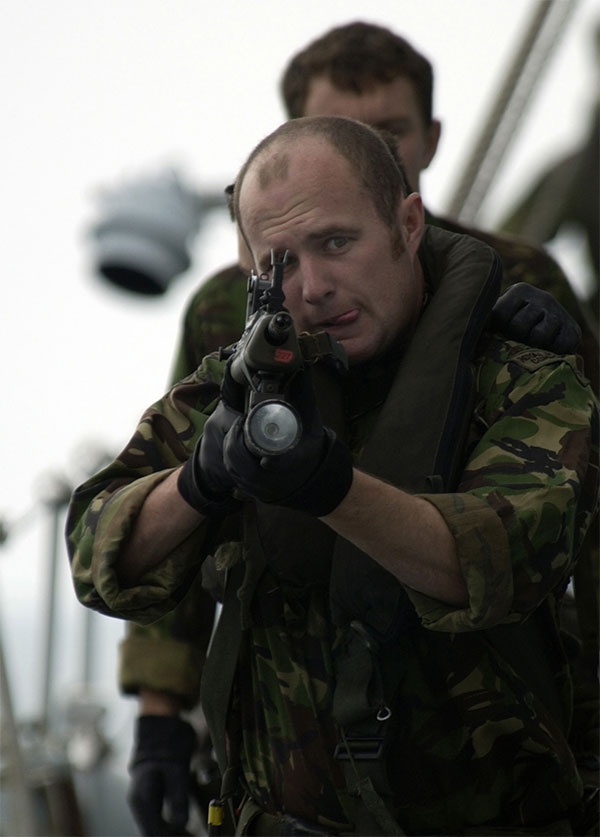 <<<49 of 62>>>^ gallery+ enlarge
Royal Marines assigned to the Fleet Protection Group move along the deck of HMS Cardiff while practising ship boarding operations, December 2002. HMS Cardiff, with its FPGRM detachment, was deployed to the Arabian Gulf as part of efforts to enforce UN sanctions against Iraq.