This site uses cookies. By continuing to use this site you consent to our use of cookies. more info | ok
british special forces » news » uk looks to buy new sf helos
▼ share this page

The United Kingdom is looking to buy 16 Chinook helicopters from American manufacturer, Boeing, it has been revealed.[1]

The US Defense Security Cooperation Agency released details of the proposed sale on the 19th of this month. The specifications of the aircraft accessories detailed in the report, such as a multi-mode radar setup, electro-optical sensors, extended range fuel tanks, missile warning system and RF countermeasures indicate that the delivered aircraft will be of a similar standard to the MH-47G Chinooks flown by the U.S. Army in the special operations role.

The text of the notice includes:

The most likely operators of the new choppers are 7 Squadron Royal Air Force (RAF) who currently fly the Chinook HC6 in the Special Forces (SF) support role.

While the Chinook HC6 is a sophisticated aircraft, there's no doubt 7 Squadon would benefit from helicopters of a standard closer to the MH-47G. In particular, the 'fat' fuel tanks will provide significantly longer legs and the multi-mode radar with its terrain-following, terrain-avoidance, ground mapping, and weather detection capabilities will enable flying at low level in adverse conditions. [3] 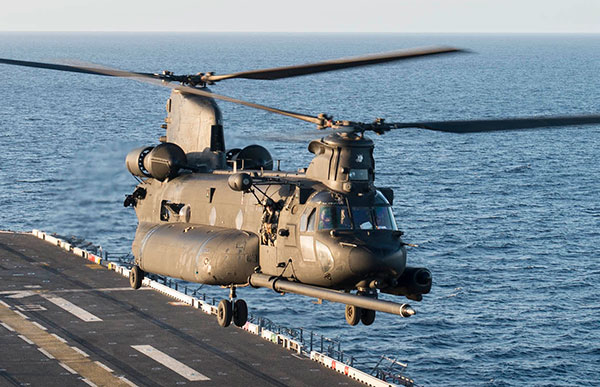 A Boeing MH-47G operated by the elite 160th Special Operations Aviation Regiment of the U.S. Army. The aircraft in the proposed British procurement will feature many similar items of kit. The refueling probe is a notable exception - the UK does not currently have the tankers needed to refuel helicopters in flight. The new Chinooks will have all the internal plumbing necessary for the refueling task, however, so probes could be fitted at some later date.
U.S. Navy photo by Mass Communication Specialist 3rd Class Huey D. Younger Jr./Released 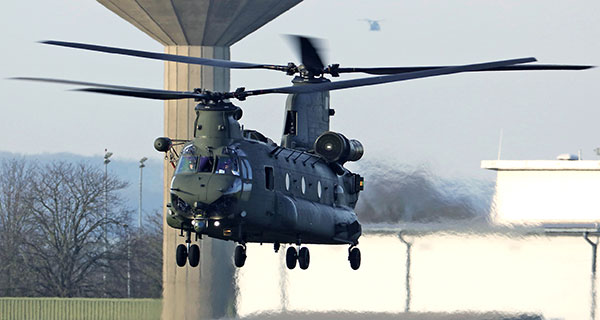 A Chinook HC6 flown by 7 Squadron, RAF. Note the regular size fuel tanks compared with the MH-47G above. The British variant may lack some of the advanced equipment offered by the MH-47, but as a result is lighter and faster.
Image by LPhot Dan Rosenbaum © UK MOD / Crown Copyright 2017 | used under open government licence

Critics of Ministry of Defence procurement will likely be watching this one with interest, recalling the previous attempt to purchase a fleet of Chinooks for the Special Forces. That debacle resulted in a massive overspend and the aircraft remaining out of use for years until finally being brought into general service in a downgraded configuration. [4]

It is likely that the 16 new-build aircraft will replace some of the older airframes in the UK fleet, rather than increasing its overall size.