This site uses cookies. By continuing to use this site you consent to our use of cookies. more info | ok
british special forces » royal marines » recce troop
▼ share this page

The Reconnaissance Troop, or Recce Troop, is an element of the Headquarters Company of 40, 42 and 45 Commando. Recce Troops are highly specialised units, each manned by some 28 Royal Marines, with many trained as Reconnaissance Operators (ROs) and Mountain Leaders (MLs). As the name indicates, a Recce Troop's role is to carry out reconnaisance for its parent Commando. This task may involve operating behind enemy lines in order to gather intelligence on enemy forces and preparing the way for the main force.

A Recce Troop consists of 4-man teams, each led by a Sergeant or Corporal, typically a Mountain Leader. 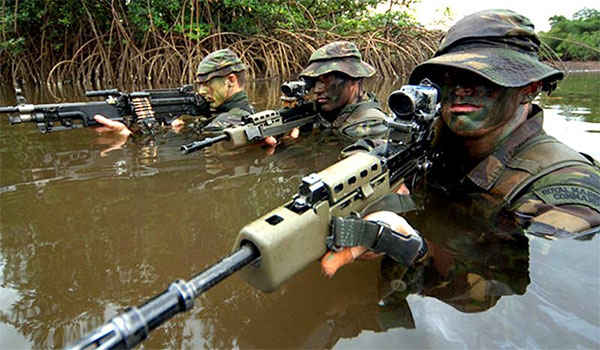 Recce Troops also include a sniper section, manned by Royal Marines with the Platoon Weapons 3 (PW3) specialisation. Their role is to engage the enemy with long range accurate sniper fire and to gather intelligence.

Recce Troop snipers deploy as 2-man teams of shooter and spotter. During deployments to Afghanistan, Recce Troop sniper teams were fequently attached to each one of the Commando's rifle companies in order to provide them with sniper cover.

The sniper rifle most commonly wielded by a Recce Troop Sniper Team shooter is the L115A3 Long Range Rifle. They may also carry a SA80A2 rifle as a personal weapon and a sig sauer 9mm pistol as a sidearm. In some situations, the shooter may instead use the L121A1 .50 caliber anti-material rifle. The spotter element of a sniper team will carry a L129a1 Sharpshooter rifle or SA8A2 and a 9mm pistol. The spotter may use various scopes and imaging systems such as a spotting scope, binoculars and thermal imaging devices. Night vision attachments for the sniper rifle and spotter's optics will be used for night ops. The team may also be armed with various grenades and a LASM rocket launcher. 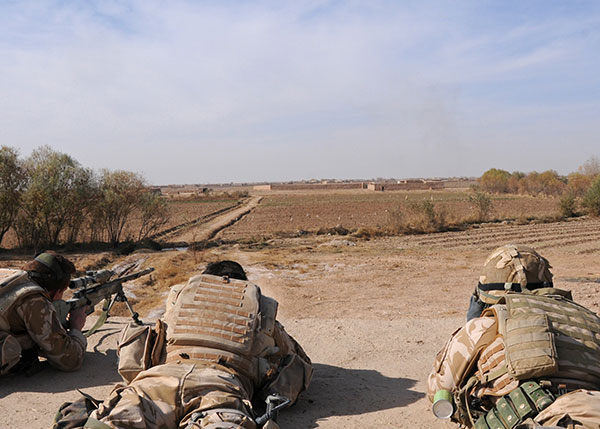