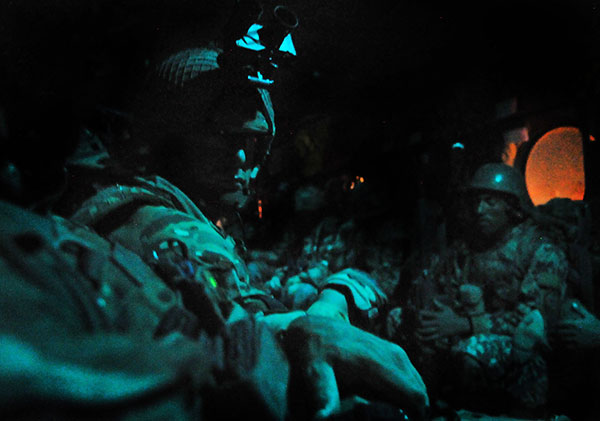 <<<34 of 44>>>^ gallery+ enlarge
British Army soldiers from A Company, the 1st Battalion, The Rifles (1 Rifles) and Afghan National Army (ANA) soldiers travel in a Chinook helicopter while on Operation Omid Haft, Helmand Province, May 2011. 1 Rifles became part of 3 Commando Brigade in 2008 and have since deployed to Afghanistan with the brigade on several tours. The soldiers in 1 Rifles are all commando trained.