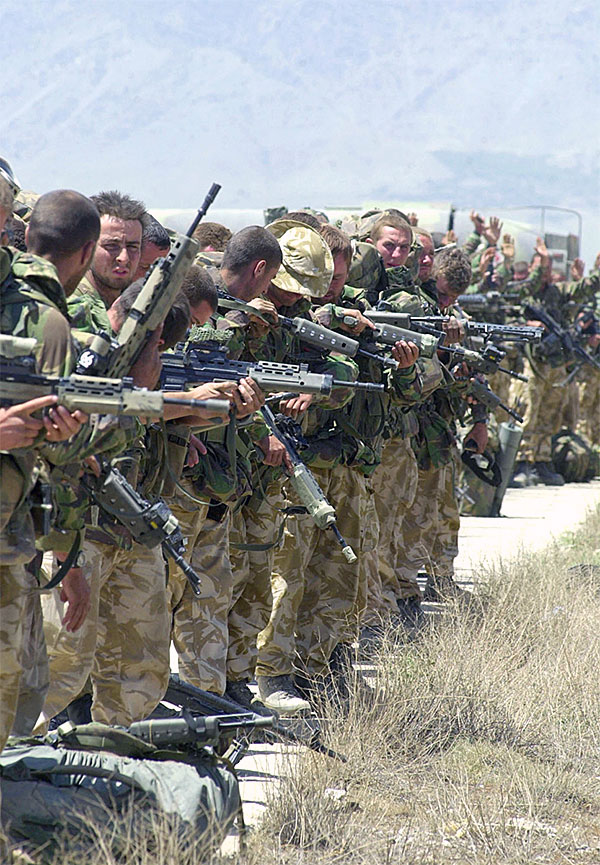 <<<73 of 89>>>^ gallery
Royal Marine Commandos of 45 Commando return to their base at Bagram airbase in Afghanistan, 2002. These Commandos, as part of Task Force Jacana, were taking part in 'Operation Snipe', the British hunt for Al-Qaeda and Taliban forces hiding out in the mountains. As with many British operations, the name 'Snipe' was selected at random, for security reasons. The name caused some concern amongst their American colleagues and amusemnt in the US press as a snipe hunt is an American term for a futile search!
Photo Courtesy of U.S. Army
related links:
+ Royal Marines operations in Afghanistan
(internal link)

« back to Royal Marines gallery