This site uses cookies. By continuing to use this site you consent to our use of cookies. more info | ok
british special forces » royal marines
▼ share this page

The Royal Marines are the amphibious commando force of the Royal Navy. In recent times, the Royal Marine Commandos have been deployed to Afghanistan and played a major part in the invasion of Iraq in 2003. 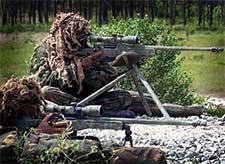 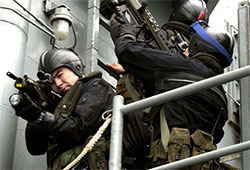 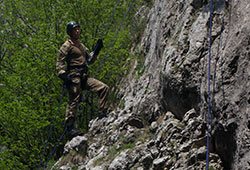 The Royal Marines (or 'Bootnecks' as they call themselves), in the form of 3 Commando Brigade, are a key element of the UK's Rapid Reaction Force.

The primary fighting elements of the Royal Marines are the battalion-sized Commando units.

Each Commando is organised into 6 companies. Each company is made up of platoon-sized Troops:

The Royal Marines have a long history, beginning as ship-borne troops, evolving into Commandos during World War 2, to the elite fighting force of today.

The Royal Marines employ some specialised vehicles. These include:

The Royal Marines operate a range of watercraft:

The Royal Marines go through extensive training. An initial selection period is followed by a 32 week training program.

want to pass selection for the Royal Marines? Click here to find out how »

A special cadre of Royal Marines tasked with fleet and nuclear security.

Drawn mostly from RM ranks, but technically under the command of the Directorate of Special Forces and part of UKSF, the SBS is a special forces unit on a par with the army's SAS.

Roles of the SBS include Maritime Counter-Terrorism, beach and shore reconnaissance, drug smuggling interdiction and behind the lines reconnaissance and sabotage missions.