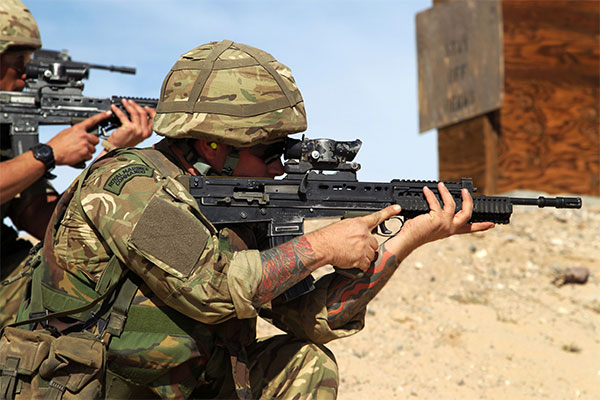 <<<76 of 89>>>^ gallery+ enlarge
Commandos with 42 Commando, M Company (M Coy), take aim with SA80A2 rifles during a platoon-level training exercis in Twentynine Palms, California, 2012. M Coy is one of 42 Commando's 2 stand off companies (the other being K Coy). The stand off companies field heavy weapons such as the GMG, HMG and Javelin missile for fire support missions. They consist of an Company HQ, Heavy Machine Gun Troop, Anti-Tank (AT) Troop and a Close Combat Troop. 42 Commando are one of 3 battalion-sized infantry elements within 3 Commando Brigade.