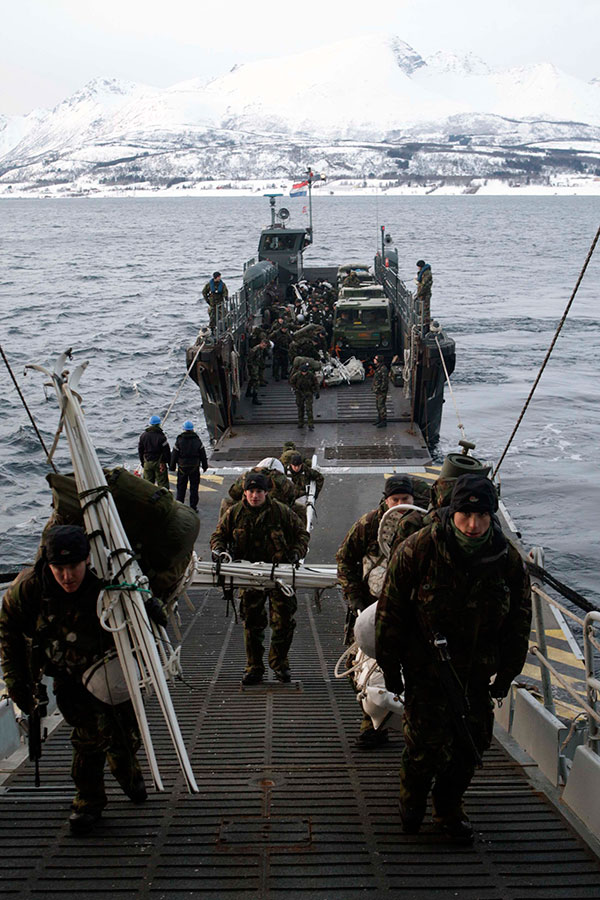 <<<44 of 89>>>^ gallery
Royal Marines from 45 Commando come aboard HMS Ocean via a Landing craft Utlity (LCU) during an exercise in Norway (Cold Response 2010). Note the skiis carried by the Royal Marines. 45 Commando was the first to specialize in Arctic warfare. All three Commandos train in skiing, climbing and other skills in Norway on a regular basis.
U.S. Marine Corps photo by Master Sgt. Michael Q. Retana/Released
« back to Royal Marines gallery
advertisements
PASS ROYAL MARINES SELECTION