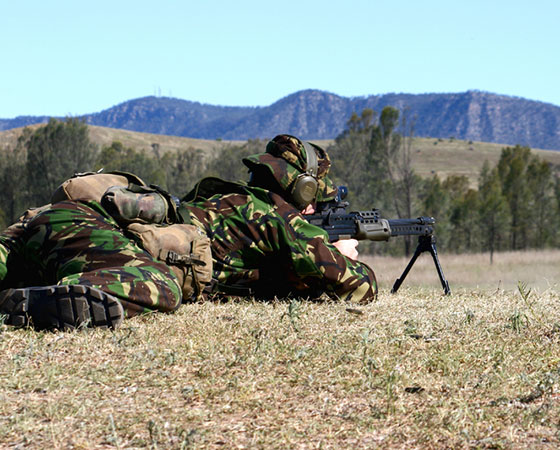 <<<15 of 89>>>^ gallery
Photo of a Royal Marine firing a Light Support Weapon (LSW) on the range. The LSW is a variant of the SA80 (L85) assault rifle with a heavier, longer barrel and bipod. Problems with firing the LSW in sustained automatic fire mean that it is often fired in semi-automatic mode. With bipod deployed, the LSW is a very accurate weapon.
© Photographer:Ian Danbury | Agency: Dreamstime.com
« back to Royal Marines gallery
advertisements
PASS ROYAL MARINES SELECTION