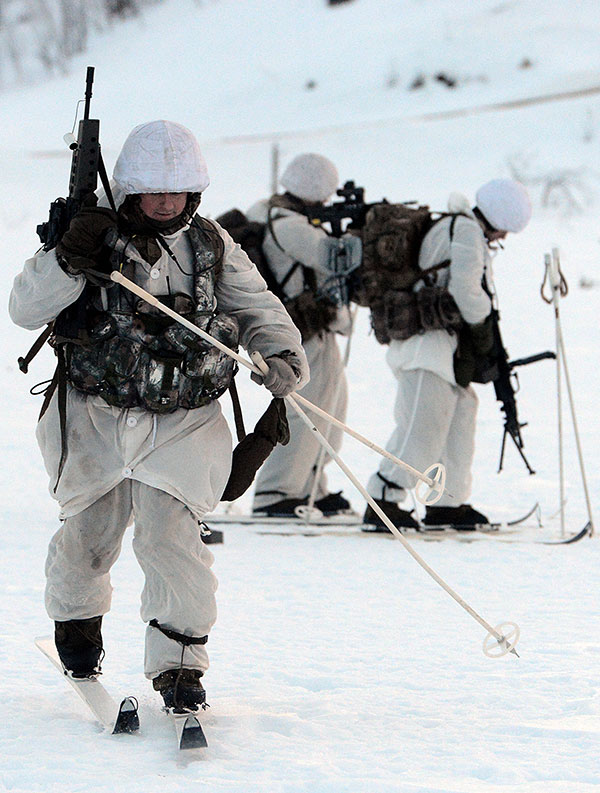 The SRS, and other 3 Commando Brigade elements were receiving training as part of Exercise Cetus 14. The Cold Weather Warfare Course (CWWC) includes a survival phase in which the Royal Marines learn to make fires, cook food and construct shelters in the unforgiving environment. They also learn how to travel and fight on skis while carrying heavy bergens.

The Royal Marines are the UK's arctic warfare specialists.