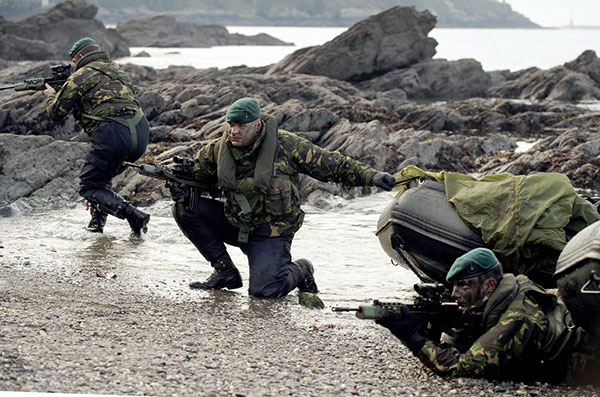 The Squadron Recce Team is an elite cadre of recce / ISTAR operators which performs beach reconnaissance ahead of a 3 Commando Brigade amphibious landing. Inserting covertly, usually by small boats, a 6-man SRT will perform a comprehensive recce of the beach, its approaches and exits, assessing the beach's suitability for the landing force's various landing craft and amphibious vehicles. They may also provide overwatch for mine clearance operations by the Royal Navy's Fleet Diving Unit 2.

The SRT's other role is one of general reconnaissance, for which they operate as the Shore Reconnaissance Team as part of 3 Commando Brigade's Brigade Reconnaisance Force (BRF).