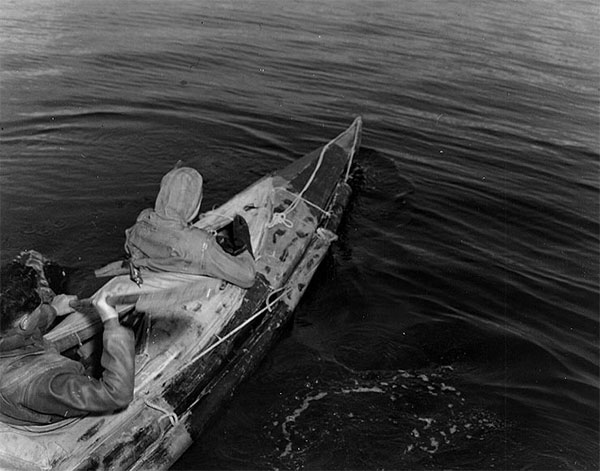 <<<40 of 48>>>^ gallery+ enlarge
Special Boat Section (SBS) commandos paddle a 2-man canoe during training for a raid on the Northeastern coast of Korea, 12 December 1951. During the Korean conflict, the SBS carried out a number of reconnaissance and sabotage operations along the enemy's coastline coast and further inland. The 2-man canoe is a stealthy method of infiltration/exfiltration that is still believed to be in use in the modern-day SBS.


Official U.S. Navy Photograph, from the collections of the Naval Historical Center.