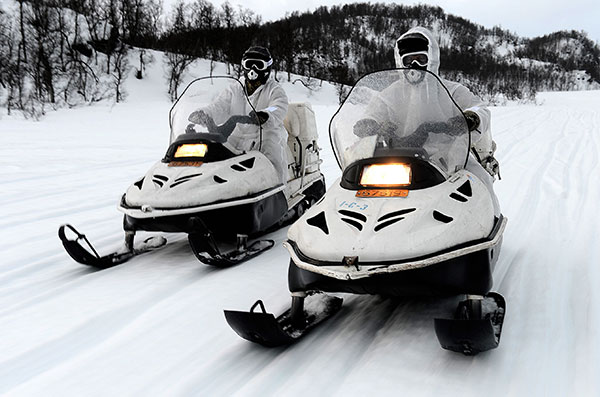 The snowmobiles shown here are based on Bombardier Lynx GLX 5900 FCE models. These vehicles are powered by an electric start 500cc Rotax engine which drives a single wide caterpillar track. A pair of skis are situated at the front which are used to steer the vehicles via a handlebar. The ski-doos have storage space in a rear basket and under the seat. They can also tow trailers loaded with more gear.