This site uses cookies. By continuing to use this site you consent to our use of cookies. more info | ok
british special forces » news » cold response 16
▼ share this page

The exercise, which also includes troops from multiple countries, including Denmark, Sweden and the United States, is designed to demonstrate NATO's ability to protect its northern flank. Guarding the the northern flank was a vital role during the cold war and remains crucial today. The Royal Marines, as Britain's winter warfare specialists, were assigned this important area of operations and continue to maintain high levels of training for the role.

Here are some photos and video showing 3 Commando Brigade in action during Cold Response '16:

Video featuring Royal Marines taking part in a mock attack in the area around Nasmos. Some nice footage of a GPMG team in action. During this operation to seize 2 strategic bridges, troops from K Company, 42 Commando came ashore via Viking APCs while X Company, 45 Commando came in with Dutch troops as part of an integrated helicopter assault. 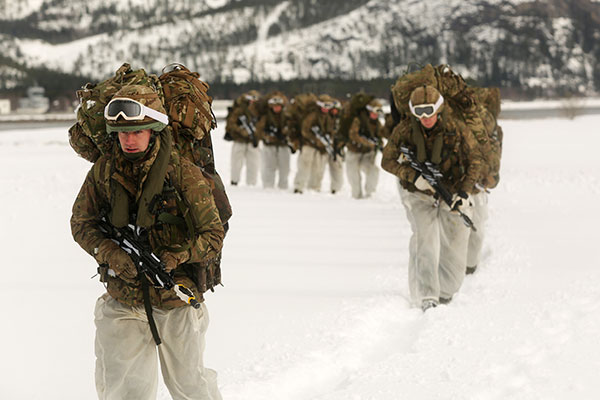 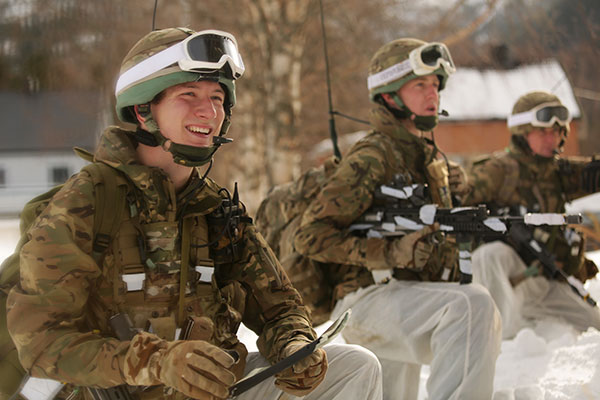 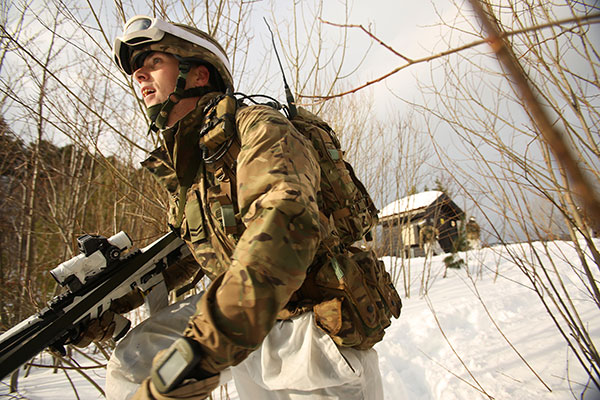 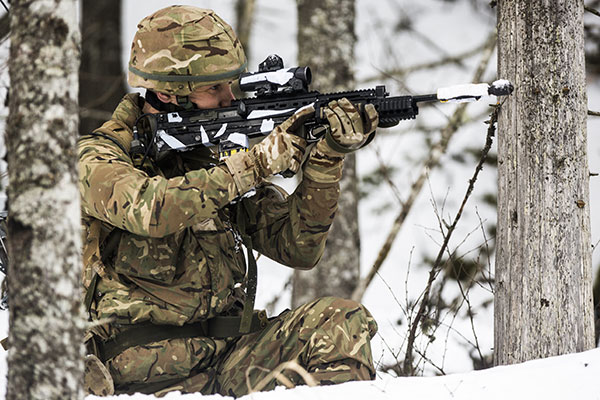 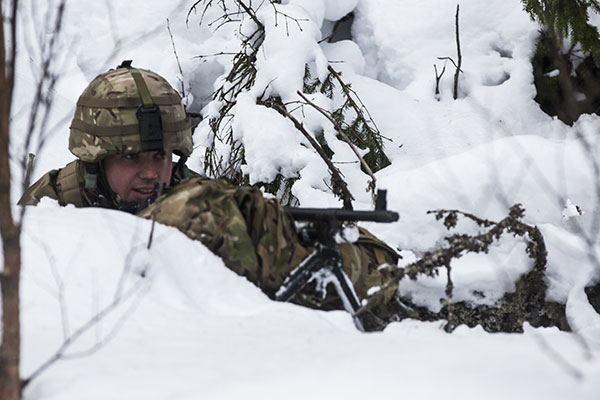 A Royal Marine mans a GPMG during a mock attack in the Nasmos area.
U.S. photo released by Sgt. Kirstin Merrimarahajara/Released 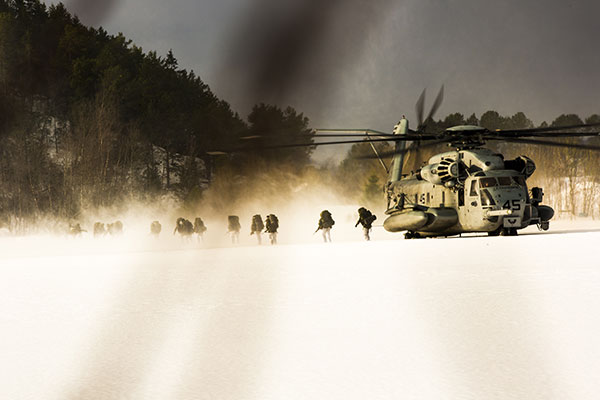