This site uses cookies. By continuing to use this site you consent to our use of cookies. more info | ok
british special forces » news » cougar 13 - show of force
▼ share this page

The UK, along with its allies, are planning a show of force designed to deter Al Qaeda terrorists in North Africa and the Arabian Peninsula, the Mirror reports[1].

Cougar 13 is a Royal Navy deployment that involves the Response Force Task Group (RFTG), the UK's maritime rapid response force. Over the next four months, a series of exercises, including the deployment of United Kingdom Special Forces (UKSF), will take place in order to demonstrate the task group's ability to carry out amphibious contingency operations.

The RFTG will embark on a series of planned exercises with partner nations as it works its way through the Mediterranean then on to the Red Sea, Indian Ocean and into the Gulf. These exercises include Albanian Lion in which the Lead Commando Group will be put ashore from the Adriatic onto Albanian soil before moving inland.

While ostensively a routine deployment, Cougar 13 also serves as a show of force in the region. Al Qaeda and its affiliates in North Africa and the Arabian Peninsula remain an ongoing security threat. The terror networks have bases of operation in Somalia and Yemen, both countries within striking distance of the RFTG. 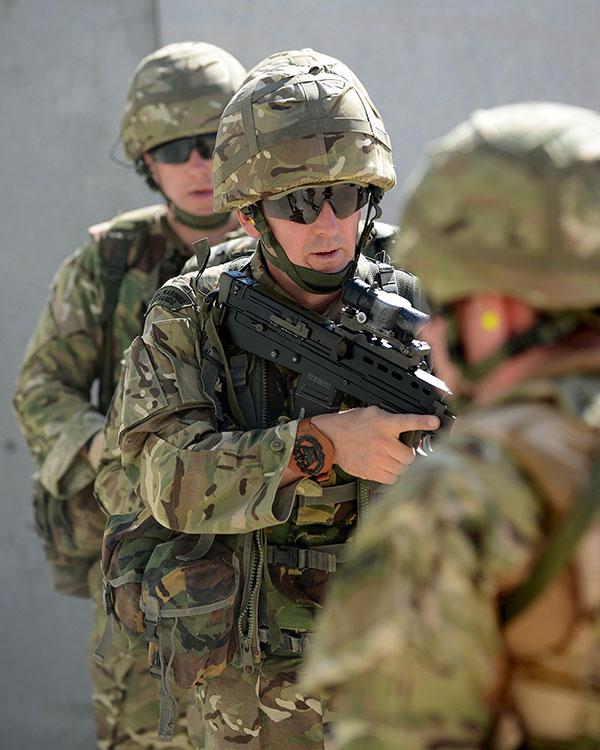 42 Commando Royal Marines form the core of the Lead Commando Group and will be deployed as part of Cougar 13. The role of Lead Commando Group, which is on standby to respond to crisis situations around the world, is passed between 40, 42 and 45 Commandos on a periodic basis.
MOD photo by LA(Phot) Jason Ballard | © Crown copyright 2012 | used under open government licence 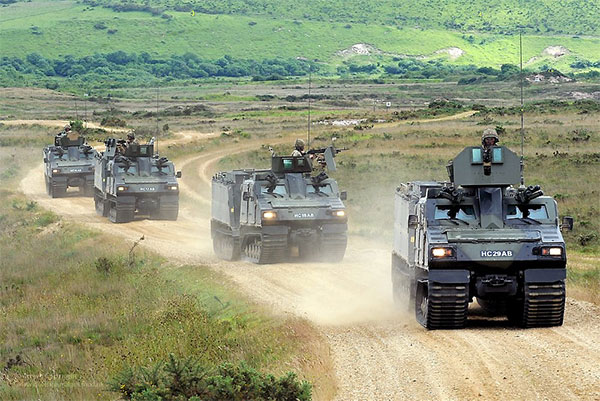 Royal Marines with the Armoured Support Group pictured during pre-deployment training for Cougar 13. All 16 of the unit's BVS-10 Viking APCs will be embarked on RFA Mounts Bay.
MOD photo by L(PHOT) Caroline Davies | © Crown copyright 2013 | used under open government licence 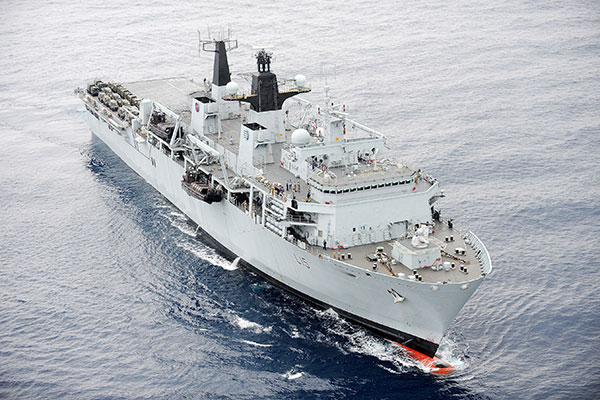 The Royal Navy's Flag Ship, HMS Bulwark, will lead the Cougar 13 deployment. She is an amphibious transport dock with a displacement of 19,560 tonnes.
MOD photo by LA(PHOT) Joel Rouse | © Crown copyright 2012 | used under open government licence 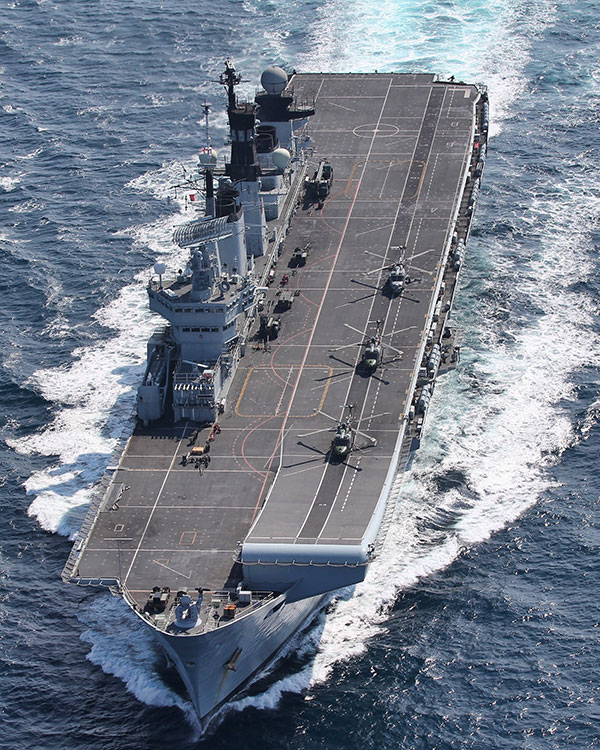 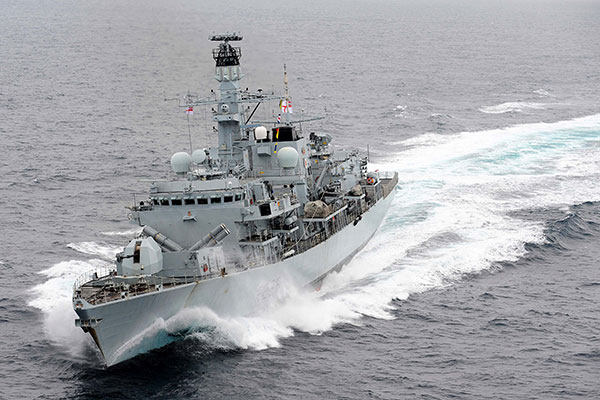 HMS Montrose is a Type 23 Frigate that will be deployed on Cougar 13.
MOD photo by LA(PHOT) Joel Rouse | © Crown copyright 2010 | used under open government licence 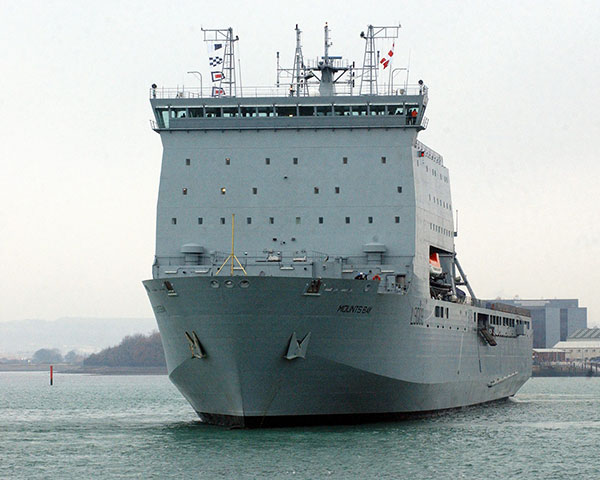 RFA Mounts Bay is a Bay class auxiliary landing ship dock. It can carry up to 24 Challenger 2 tanks or 150 light trucks. For Cougar 13 it will be home to the Armoured Support Group's 16 Viking APCs and troops with 3 Commando Brigade Royal Marines.
MOD photo by LA(Phot) Brett Turner | © Crown copyright 2010 | used under open government licence 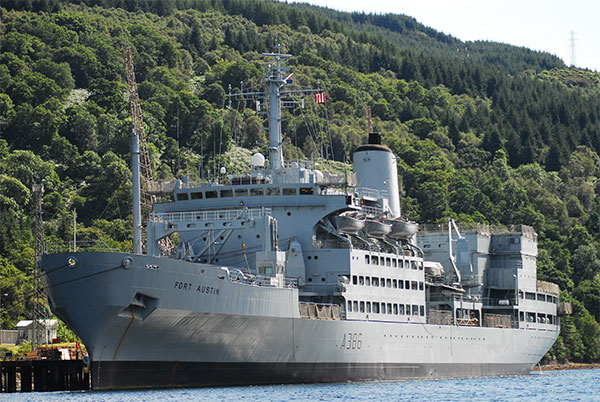 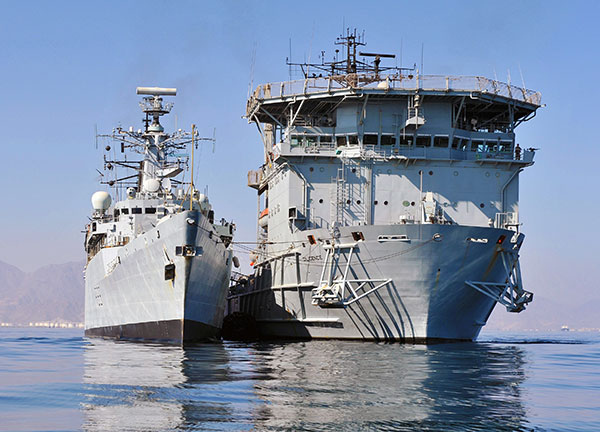