This site uses cookies. By continuing to use this site you consent to our use of cookies. more info | ok
british special forces » news » 2 die during sas selection
▼ share this page

2 soldiers have died while taking part in a march during selection for SAS(R), it has been reported.[1] The 2 men are believed to have got into difficulty in soaring temperatures while trekking across the Brecon Beacons, close to the Storey Arms Centre. A third man was in serious condition in hospital, Sunday night.

Selection for 21 SAS and 23 SAS, the territorial wings of the Special Air Service, includes a number of grueling marches across the Beacons. Candidates, carrying weapons and heavy bergens, must navigate between a series of way points. Unlike selection for regular units, special forces candidates are largely unsupervised between checkpoints. The ability to operate under one's own initiative, without constant encouragement, is a quality sought after by the special forces.

SAS(R) selection includes the same endurance marches as regular special forces selection, however, due to the part-time nature of its personnel, selection occurs over a more spread out stretch of time, with much of it taking place during weekends and evenings. 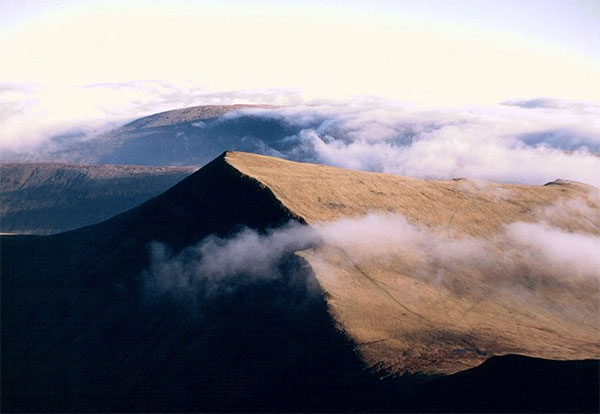 Marches across the rugged topography of the Brecon Beacons are a challenge even in perfect weather.
photo by wikipedia user Arpingstone | released to public domain