This site uses cookies. By continuing to use this site you consent to our use of cookies. more info | ok
british special forces » news » special forces using foreign helicopters
▼ share this page

Amidst the controversy over the general lack of helicopters for British forces in Afghanistan, news has surfaced that has highlighted what has been rumoured for some time : that foreign-built helicopters have been used to support UK Special Forces.

It is being reported that SAS, SBS, SRR and SFSG forces are sometimes being flown to and from operations in Russian-built Mi-8 / Mi-17 helicopters, on loan from another country, operated by a specially-trained British crew. 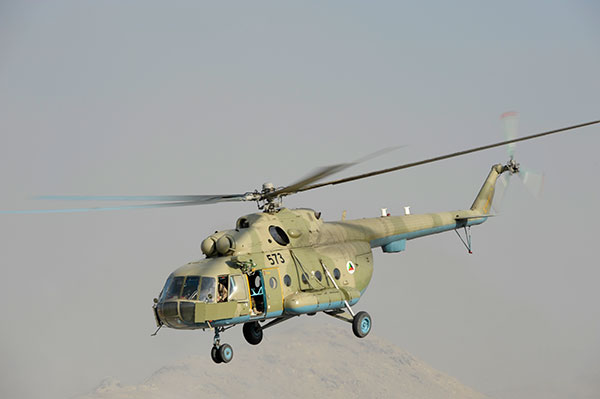 An Afghan National Army Air Corps Mil MI-8 helicopter. The same type of helicopter is reportedly being used to support UK Special Forces in Afghanistan. While it may be a cause of embarrassment that the UK does not have enough helicopters to support special operations, the Mi-8 family of helicopters has proven to be a rugged, reliable aircraft. Flying without British markings, the MI-8 would be hard to identify as operating in support of UK forces, allowing for a more covert profile, especially when operating over the Pakistan border.
U.S. Air Force photo by Master Sgt. Keith Brown/Released

Further reading:
Now we are borrowing Russian helicopters to fight the Taliban
(The Mail On Sunday)
MI-8 @ Guncopter.com
(Info on the MI-8 helicopter)