This site uses cookies. By continuing to use this site you consent to our use of cookies. more info | ok
british special forces » news » sas to guard team gb
▼ share this page

SAS soldiers will be protecting British athletes taking part in the Winter Olympics in Sochi, it has been reported.[1]

While Russian security forces are officially responsible for guarding at the games, The Express newspaper claims that a contingent of SAS will also be on hand to protect Team GB in the event of a major security incident. If this is the case, it is unlikey that any SAS close protection operatives assigned to protect Team GB would be allowed to carry firearms by the Russian authorities.

Islamic terrorists, who recently carried out attacks in the southern Russian city of Volgograd, have vowed to disrupt the Games with bombings. A massive security operation is underway at the Olympic venues at Sochi and the resort town of Krasnaya Polyana. Russia has committed 50,000 police, intelligence officers and soldiers - including Alpha Group counter-terrorism specialists - to the task.[2] 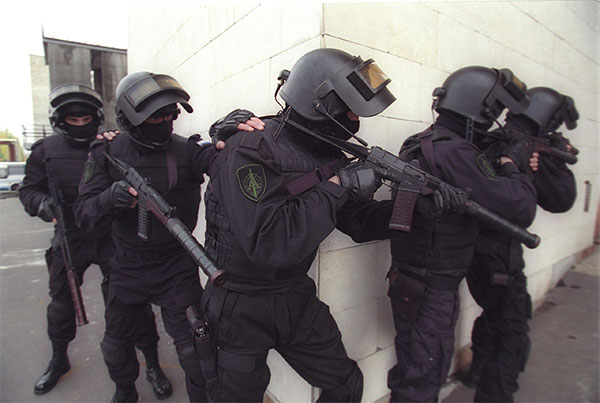 Photo showing operators with Alpha Group, Russia's elite counterterrorism unit. Alpha Group commandos, like SAS/SBS units during the 2012 Olympics, will be on standby to counter any terrorist threat at the Olympic venues.
wikipedia photo by SpetsnazAlpha | used under creative commons attribution 3.0 licence