This site uses cookies. By continuing to use this site you consent to our use of cookies. more info | ok
british special forces » news » littoral strike groups
▼ share this page

Future Royal Marines Commandos and Special Forces may operate from a new class of warship, it was announced yesterday. The idea was made public by The Defence Secretary, Gavin Williamson, who was speaking at the Royal United Services Institute (RUSI). Williamson announced plans to establish two 'littoral strike groups' in the Asia-Pacific and Middle East theatres. [1]

“They would support our Future Commando Force. Our world-renowned Royal Marines – they’ll be forward deployed, at exceptionally high readiness, and able to respond at a moment’s notice bringing the fight from sea to land.

Our vision is for these ships to form part of 2 Littoral Strike Groups complete with escorts, support vessels and helicopters. One would be based East of Suez in the Indo-Pacific and one based West of Suez in the Mediterranean, Atlantic and Baltic. And, if we ever need them to, our two Littoral Strike Ships, our two aircraft carriers, our two amphibious assault ships Albion and Bulwark, and our three Bay Class landing ships can come together in one amphibious task force. This will give us sovereign, lethal, amphibious force. This will be one of the largest and best such forces anywhere in the world.”

A new class of vessel, the Future Littoral Strike Ship (FLSS) would be at the heart of the strike groups, supported by escorts and other vessels. The plans for the vessels are still in early conceptual phases and no details on design, costs or time scales have been revealed. Imagery posted yesterday by the First Sea Lord, however, would suggest that the FLSS will be based around a conversion of existing merchant vessels. 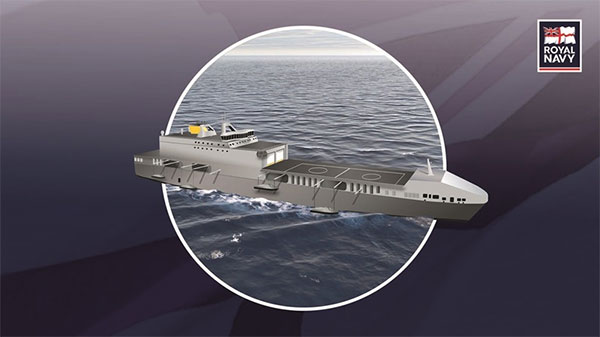 The above photo bears a striking resemblance to the MV Ocean Trader, a U.S. Navy Special Warfare Support vessel that was converted from a civilian container ship. [2]

The Ocean Trader features facilities for launching and recovering Navy SEAL watercraft, and a flight deck and hangars to support the use of helicopters and UAVs. The cavernous interior includes space for repair workshops, storage for weapons, fuel, aviation spares, dive lockers, berths for over two hundred personnel, galleys, and medical facilities. Modifications also include secure VHF, UHF and satellite communications as well as radio direction finding equipment. The ship is connected via a comprehensive computer network joining the various workstations, conference and planning rooms together. The ship has also been fitted with Identify Friend or Foe (IFF) antennas. Sensors include two Forward Looking Infrared (FLIR) cameras. For protection it sports a series of heavy machine gun mounts. 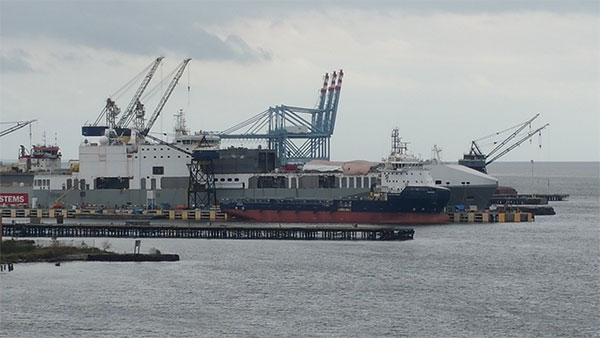 Converting from civilian-specced vessels results in a cheaper solution than developing a new military ship from scratch. The downsides of this approach include a less sturdy design, with resistance to damage less than a typical military ship. Vulnerability to modern anti-ship missiles would rule out actions against peer and near-peer enemies.

The littoral strike groups would be forward deployed with Royal Marines held at readiness to intervene in a range of scenarios including humanitarian crises, non-combat evacuation and offensive military actions.

The concept of the littoral strike groups is not a million miles away from the Special Purpose Task Group formations that have been active in recent years. The SPTG is typically formed around a Royal Marines company group and based on an Albion class or Bay class landing ship, or Queen Elizabeth class aircraft carrier. For instance, in April 2016, RFA Mounts Bay hosted Zulu Company 45 Commando as the SPTG deployed to the Mediterranean in response to the migrant crisis. SPTGs are typically formed as needed while the littoral strike groups concept is for a more permanent, proactive, forward deployed contingency force. 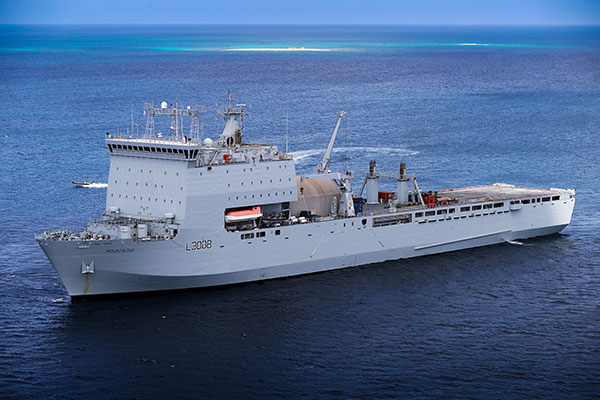 The littoral strike groups are part of the MoD's vision for the future of amphibious operations and the Royal Marines.